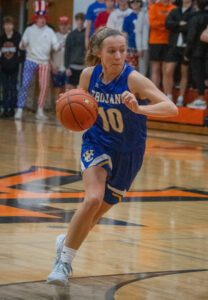 After a couple of tough losses to Crofton and St Thomas More, the West Central Trojans bounced back with a road win against the Dell Rapids Quarriers on Tuesday, January 17th.  West Central pulled away in the second half for a 58-27 victory.