Both Dell Rapids St Mary and Dell Rapids held their coronation ceremonies on Monday, October 11th as part of the homecoming week.  Both schools crowned their Homecoming King and Queen during the ceremonies.

The Dell Rapids Homecoming King is Weston Mason, and the Homecoming Queen is Yazmin Garcia.

The week will continue with activities at both schools.  The homecoming parade will be held at 1:00 p.m. on Friday, October 15th downtown Dell Rapids.  The Cardinals will host De Smet for their homecoming football game, and the Quarriers will host Dakota Valley.  Both games will kickoff at 7:00 p.m.

Several Cardinal and Quarrier student athletes received recognition for their seasons during the 2019 fall sports season.

Eli Longville, Weston Geraets, Logan Wolles, and Connor Libis were Dakota Valley Conference All-Conference selections for the football season.  Payton Park was an honorable mention selection.  Longville was named Co-MVP for the conference this season.  Head coach of the St Mary Cardinals Ross Flemmer was named the 2019 DVC Coach of the Year.  Longville and Libis were also honorable mentions for the Argus Leader Elite 45 team.

Courtney Brown was a DVC All-Conference selection in volleyball this year.  Ella Heinitz was an honorable mention.

It was a busy weekend of events for the Dell Rapids St Mary Cardinals and Dell Rapids Quarriers varsity sports teams.  The Cardinals volleyball and cross country teams were in action on Saturday, September 7th, while the Quarrier cross country, competitive cheer, and soccer teams all competed on Saturday.

The Cardinal volleyball team went to Estelline for the Estelline Tournament.  St Mary finished 2-2 at the tournament to see their season record move to 5-2.  St Mary’s boys cross country team won the 12-team Deubrook Invite.  Jacob Vogel placed second individually with a time of 18:12.  Thomas Eining was 15th with a time of 19:59, and Seth Roemen placed 19th at a time of 20:14.

The Quarrier cross country team was in Luverne on Saturday.  Adisen

Stadem finished 9th with a time of 22:19.80.  Aspen Hansen finished in a time of 23:53.60, and Hannah VanOverbeke had a time of 25:06.90.  Logan Anderson was 3rd for the boys with a time of 18:32.90.  Canyon Lowman had a time of 20:01.60, and Mitchell Heinemann had a time of 20:23.20.  The Quarrier competitive cheer team took first place at the Dakota Valley Invite.  The Garretson/Dell Rapids Blue Dragon girls soccer team won their third match of the season after a 7-1 win over Worthington, MN during their annual Kick Out Cancer game.

The 2015-2016 high school sports season has arrived, and this year will bring changes to both Dell Rapids and Dell Rapids St Mary schools for the upcoming seasons.

The biggest change will be for the Quarrier football team.  Class 11A football will be completely different this year.  The first change the Quarriers will face is no “open” date.  Class 11A football will be moving from an eight game schedule to a nine game schedule.  After the Quarriers complete the new nine game schedule, they will see a change in the playoff format.  11A will move to the same format that 11AAA and 11AA use.  Only the top eight teams in powerpoints will advance to the playoffs, thus eliminating one playoff game.  Class 11A will play the quarterfinal game on October 29th, and the semifinal game will be played on November 6th or 7th.

Head coach Steve Hansen said that he was a little hesitant about the change in the playoff system.  “With our schedule, the Dak-12 Conference, we are going to be playing the top teams in 11A week in and week out, and with the west river schedules, they will probably end with better records than some of the schools around here.  With the new power point system, they say that won’t matter, the best teams are going to make the playoffs.  We will have to see how it all shakes out this year.”

Both schools will have a change in their respective district and region plan.  Baltic has made the jump to Class A this year, meaning District 7B will now be a five-team district.  Baltic will now join Dell Rapids, Flandreau, Flandreau Indian, Garretson, Madison and Sioux Falls Christian in Region 3A making that a seven-team region. 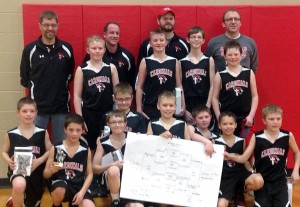 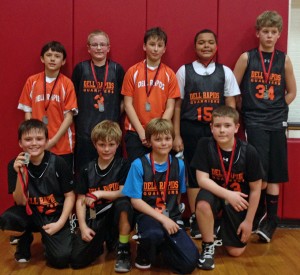