“STRANGE WORLD” – Walt Disney Animation Studios’ original action-packed adventure “Strange World” introduces a legendary family of explorers, the Clades, as they attempt to navigate an uncharted, treacherous land alongside a motley crew that includes a mischievous blob, a three-legged dog and a slew of ravenous creatures.

Check Dells Theatre website for all the latest information

This could be the home page

The Mudcats needed extra innings, but got the 2-1 win over the Raptors on Friday to advance to the semifinals.  Dell Rapids broke a 0-0 tie in the top of the fifth on an RBI single by Dalton Lehnen.  Dimock-Emery tied the game in the bottom of the inning.  The two teams stayed locked at 1-1 until the top of the 10th.  Ty Hoglund had a two-out RBI single scoring Trevor Freudenthal to give the Mudcats a 2-1 lead.  The Raptors got a two-out walk in the bottom of the 10th, but Lehnen got a strikeout to end the game.

Lehnen had two hits and an RBI.  Hoglund finished with a hit and an RBI.  Weston Hanson had two hits.  Mark Abrahamson, Kris Regas, and Grant Olson all had a single.  Lehnen pitched all 10 innings allowing one earned run on three hits and three walks with 11 strikeouts.

Dell Rapids earned a trip to the title game after a 7-2 win over the Pheasants on Saturday.  The Mudcats built a 5-0 lead over the first two innings.  Lehnen had an RBI double in the top of the first inning after a two-out triple by Hanson for an early 1-0 lead.  Dell Rapids then added four more runs in the top of the second.  Olson had an RBI single, Dalton Allen followed with a two-run double, and Hoglund had an RBI double to push the lead to 5-0.

A four-run sixth inning was key to the Mudcats victory in the championship game against the Blue Jays on Sunday.  Garretson broke a 0-0 tie with two runs in the top of the fifth inning to take the first lead of the game.

Dell Rapids, however, scored four times in the bottom of the sixth.  Lehnen had a two-run single to cut the lead in half.  Hanson followed with an RBI ground ball and then scored on a ball in play by Freudenthal.  Dell Rapids added an insurance run in the bottom of the seventh.  Hunt scored Olson on an RBI single for a 5-2 advantage.

Lehnen finished with two hits and two RBIs.  Hunt also had two hits and an RBI.  Freudenthal added a single and RBI.  Hoglund, Regas, and Olson all had a single.  Hanson added an RBI.  Allen pitched four innings and allowed two runs, one earned, on three hits with six strikeouts.  Lehnen pitched 4 1/3 innings and allowed six hits with six strikeouts.  Regas pitched 2/3 of an inning.

Lehnen was named the tournament MVP.

The Dell Rapids Mudcats have kept their 2022 season alive by winning two games at the 2022 South Dakota Amateur Baseball Association Class B Tournament in Mitchell.  They defeated Northville in their first game 7-0 on Saturday, August 6th.  The Mudcats then got an 8-6 win over Larchwood on Tuesday, August 9th.

The Mudcats scored in four innings and held Northville to just two hits in their 7-0 opening round victory on Saturday.  Neither team scored in the first inning, and the Mudcats broke the scoreless tie with a run in the top of the second.  Weston Hanson reached on an error that scored Kris Regas.

Freudenthal had two hits, one a double, and two RBIs.  Chad Hunt also had two hits.  Peters finished with a hit and an RBI.  Grant Olson finished with a single.  Regas, Hanson, and Stone all had one RBI.  Dalton Allen pitched six innings and allowed one hit and three walks with five strikeouts.  Dalton Lehnen pitched three innings and allowed one hit with seven strikeouts.

Abrahamson finished with a home run and three RBIs.  Hanson and Freudenthal both had a single and an RBI.  Hoglund and Hunt each finished with a single.  Lehnen added an RBI.  Regas pitched seven innings and allowed five runs, two earned, on five hits and three walks with 10 strikeouts.  John Spaeth pitched 1 1/3 innings and allowed an earned run on four hits with three strikeouts.  Lehnen got the final two outs on strikeouts to earn the save.

West Central earned a shutout win over Flandreau in the opening round of the tournament on Friday.  After a scoreless first inning, West Central got on the board in the bottom of the second.  Cain Grocott had an RBI groundout for a 1-0 lead.

Jost had two hits and an RBI.  Holewa finished with a hit and three RBIs.  Grocott had a hit and two RBIs.  Nester added a single and RBI.  Keaton Vessells, Maison Schuldt, Jack Sebert, and Jonathan Murray all had singles as well.  Sebert pitched four innings and allowed two hits with four strikeouts.  Cade Vanderwoude pitched two innings and allowed a walk with three strikeouts.

Tea got all 10 of their runs before West Central could score in the semi-final round on Saturday.  The first run came in the top of the second, and Tea led 1-0 after three innings of play.  They then had a five-run fourth inning.  Tea got two more runs in the sixth and seventh innings.

West Central’s lone run came in the bottom of the seventh inning on an RBI single by Jost.

Jost had two of the five hits and also an RBI.  Sebert, Carter Evans, and Karson Vessells all had a single.  Ke. Vessells pitched 3 2/3 innings and allowed six runs, five earned, on five hits and four walks with eight strikeouts.  Cyrus Maras pitched 2 2/3 innings and allowed four earned runs on four hits and a walk with two strikeouts.  Alex Siemonsma pitched 2/3 of an inning.

Dell Rapids scored three runs in the top of the first inning for an early 3-0 lead in the third/fourth place game on Sunday.  They added another run in the top of the third.  West Central cut the lead in half with two runs in the bottom of the fourth.  Nester scored on a wild pitch, and Schuldt had an RBI sacrifice to the pitcher for a 4-2 score.

Dell Rapids slowly pulled away from Volga for an 8-0 win in the opening round of the state tournament on Friday.  Talan Millage drove home the first run with an RBI ground out in the top of the second inning.  Mason Stubbe started the third with a triple and then scored on an RBI ground out by Tad Tjaden for a 2-0 lead.

Fersdahl had two hits for Dell Rapids.  Quinn Carr had a double, and Williams added a single.  Tjaden pitched 5 2/3 innings and allowed five runs, but only one earned, on five hits and two walks with 11 strikeouts.  Konrad Richeal pitched 1/3 of an inning and allowed a hit and a walk.

A big sixth inning for Dell Rapids helped them to an 11-2 win over West Central on Sunday to take third place in the state tournament.

Dell Rapids did score three times right away in the top of the first inning.  Frost had a two-run single, and Williams scored on a balk for an early 3-0 lead.  Millage added an RBI sacrifice fly in the top of the third to push the lead to 4-0.  West Central cut the lead in half, 4-2, with two runs in the bottom of the fourth inning.

The Humboldt/Hartford Gamecocks had their season end after just one game at the State B tournament on Friday, August 5th.  The Dimock/Emery Raptors held the Gamecocks to just four hits and then had two big innings in a 13-0 win.

Broc Haldeman had two of the four hits for the Gamecocks.  Cam Quigley and Chad Morrison each had a hit as well.  Brandon McKnight pitched 3 2/3 innings and allowed five runs, four earned, on seven hits with a strikeout.  Drew Maras pitched 1 1/3 innings and allowed six runs, four earned, on four hits and a walk with one strikeout.  Landry Knight and Micah Warrington both pitched an inning and each gave up a hit.

The Gamecocks finished the 2022 season as the Cornbelt League regular season champions and District 4B champions.

The state tournament run for the Dell Rapids legion baseball team came to an end on Sunday, July 31st.  Host team Gregory built a big lead Dell Rapids could not overcome in a 10-3 victory.

Rechtenbaugh finished with two singles and an RBI.  Mason Stubbe also had two hits.  Pankonen and Henry both had a single and an RBI.  Dylan Mathis and Aiden Boechler each added a single.

Dell Rapids finishes the season with an overall record of 22-12. 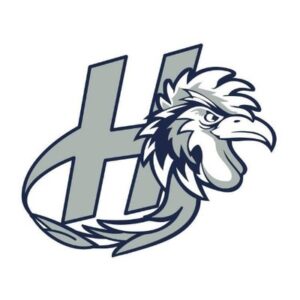 The Humboldt/Hartford Gamecocks led for most of the game, but had to rally in the eighth inning for an 11-7 win over the Canova Gang in the District 4B Championship game in Dell Rapids on Saturday, July 30th.

The Gamecocks jumped ahead early with three runs in the bottom of the first.  Joe Hanisch had an RBi single, and Broc Haldeman followed with a two-run single.  Canova tied the game with three runs in the top of the third, but the Gamecocks quickly regained the lead in the bottom of the inning.  Hanisch had a solo home run to center field to make the score 4-3.

Humboldt/Hartford answered with a five-run bottom of the eighth.  Brandon McKnight had an RBI ground ball to tie the game 7-7 and then later scored on an error.  Clayton Hanisch scored on a wild pitch to make the score 9-7.  Cam Quigley had an RBI single, and Chad Morrison scored the final run on a passed ball.

Haldeman was named the tournament’s MVP and Batting Champion.

Dell Rapids PBR missed qualifying for the state tournament after dropping their final two games of the District 4B tournament in Dell Rapids.  PBR fell to Lennox 14-1 on Friday, July 29th and then loss to the Salem Cubs in the “Last Chance” game on Saturday, July 30th.

Salem built a 7-0 lead in the first six innings of play on Saturday.  Dell Rapids tried to put together a rally in the later innings.  Calhoon had an RBI fielder’s choice ground ball that scored Conner Spindler in the top of the seventh.  PBR added two more in the eighth.  Schlimgen had a two-run home run to center field, but PBR was unable to score again in the game.