Mick Hoglund graduated from Hamlin High School in 1980 and then attended Sioux Falls College, where he graduated in 1984 with a degree in English.  He received his master’s degree in 1989 from South Dakota State University, went to Miller, South Dakota for two years and then returned to Dell Rapids in 1991.  Along the way he coached football, basketball, and track.

Hoglund began his golf coaching career in 1991 with Dell Rapids, coaching his boy’s teams to two State Class B Championships, 2000 and 2001, and a runner-up in 2003, then three State A Championships in 2011, 2013, and 2014, and numerous top six finishes in both classes.  His teams also won numerous region championships, several conference championships, multitudes of duels, triangulars, and quadrangulars.  They also won too many invitationals to even count.

Over the years he had two players win state championships, Lawrence Larson (2004) and Adam Karst (2014), along with dozens of players receiving medals at state.  Hoglund was also a three-time South Dakota High School Coaches Association Coach of the Year (2001, 2002, 2014) and was selected as a finalist for National Golf Coach of the Year.  Hoglund decided to retire from both teaching and coaching in 2017 giving him 26 years of coaching golf.

He and his wonderful wife, Shauna, live in Dell Rapids.  They have two grown children, Morgan and Ty. 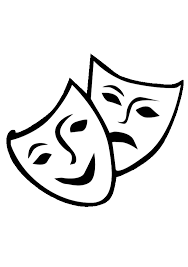 In order to win an Outstanding Acting Award, at least two of the three judges must vote on an actor giving an outstanding performance.

Last week, the Centers for Disease Control and Prevention (CDC) updated its guidance for isolation and quarantine for the general population. Beginning Tuesday, January 11th DRPS will adhere to the isolation guidance that has been created for K-12 schools.  Parents may choose to keep their child home the full 10 days of isolation regardless of symptoms, however, if electing to send students back after the mandatory 5-day isolation, mask use is required through day 10.  Each building will have breakfast and lunch protocols that students will adhere to if the 5-day mask option is taken.

As with our entire plan, we will monitor data and initiate amendment protocols when needed.

Positive for COVID-19 and do not have symptoms:

Positive for COVID-19 and have or had symptoms:

Please work with building administration to determine your child’s return date. The South Dakota Department of Health also has resources and calculators available on its website.  https://doh.sd.gov/COVID/Calculator/

Two local students, one from St Mary and one from Dell Rapids, received superior ratings for their pieces at the 2021 South Dakota State Oral Interpretation Festival in Huron on Friday, December 3rd and Saturday, December 4th.

Two other Dell Rapids High School students took part in the state festival.  Cariss Montgomery performed “To This Day” in the non-original oratory category, and Rylee Rinehart performed “Lessons We Learn as Women” in the poetry category.

Both the Dell Rapids St Mary and Dell Rapids High School marching bands participated in the Parker Marching Band Festival on Friday, September 17th.  The Cardinals were entered in Class B, and Dell Rapids was competing in Class AA.  Both schools also received awards.

The Dell Rapids School Board announced that breakfast and lunches will be free of cost again for the 2021-2022 school year during their regular meeting on Monday, July 12th.

The meals will be free under the federal SSO program.  Adult breakfast prices will be $1.95, and the adult lunch price will be $3.85.  Milk will be $.50.  A la carte items will be priced in accordance with federal regulations.

The school board also set other rates and prices for the school year.  Admission to activities at Dell Rapids will be $3.00 for students K-12 and $5.00 for adults.  Prices will be $4.00 and $6.00 respectively for double-headers.  Activity tickets are also available for purchase.  Resident senior citizens will receive a free permanent pass and can be obtained from the district office.  K-8 student pass is $15.00.  9-12 student pass is $20.00.  A 10-punch pass for adults is $30.00 and an all-season pass for adults is $50.00.  A family all-season pass for parents/guardians and school-age children living in the same home is $100.00.

The Dell Rapids School Board still has one position open on the board.  This announcement came during the board’s regular meeting on Monday, May 10th.

Two school board members will have their terms come to an end this summer.  Those members are Troy Randall and Jacque LeBrun.  Business Manager Barb Littel reported that only one petition was returned for those two school board vacancies.  The one petition was filed by Randall.  He will be sworn in for another three-year term at the July meeting.

That still leaves one school board position open.  The board will have to make a one-year appointment for the vacancy.  Information about how to apply for the appointment will be posted to the schools website.

Two coaches were honored by the South Dakota Football Coaches Association for their 30 years of coaching.  Those coaches were Coach Craig Jorgensen and Coach Dane Stone.

The Region V FCCLA meeting was hosted by the Dell Rapids chapter recently, and Rylee Rinehart, who ran for region office, was elected as region president for the coming year. She will be installed as one of the state officers at the state conference in April.

The state officer team is expected to plan and run the state conference.  They will also have the opportunity to greet and welcome chapters to the learning expo events as well as take part in training opportunities.

Educators Rising is a national network that provides passionate young people with opportunities to experience teaching, sustain their interest in the education profession, and help them cultivate their skills they need to be successful educators.  While students are in high school, Educators Rising supports curricular programs where students explore the teaching profession and gain hands-on teaching experience.  In college, the program supports campus-based student groups that promote the development of aspiring teachers.

The South Dakota High School Activities Association (SDHSAA) held a special meeting on Tuesday, November 23rd to discuss the potential of changing the start of the winter sports season along with a couple of other items.

After hearing from athletic directors across the state on both sides of the issue for changing the start of winter sports, the SDHSAA Board of Directors did not make a motion to change the date.  The winter sports season for basketball, wrestling, and gymnastics will continue to move forward as planned and on time as suggested by the winter sports committee.

The board of directors did make a motion and passed two recommendations in regard to the winter sports season.  The SDHSAA high recommends masks be worn by spectators that are allowed into the events, and they also recommend schools put a limit on attendance of the events.  The schools will make the decision as to what the limit will be based on their venue capacity and the ability to social distance.

The new recommendations made by the SDHSAA during the special meeting will not have major impact to Dell Rapids or Dell Rapids St Mary schools.  Both schools had implemented a masking policy and had also limited attendance by the end of the falls sports season.  Those policies will continue to be in place at the start of the winter season.