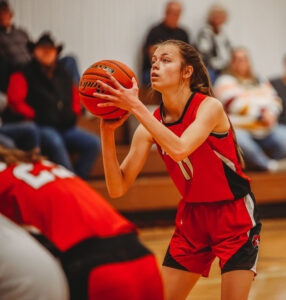 St Mary continued to hold a double-digit lead throughout the second half.  Their lead grew by one point, 37-22, at the end of the third quarter.  The Cardinals scored the first three points of the fourth quarter for a 40-22 lead, their largest of the night, with 7:15 to play.  The Raiders did cut the lead to twelve, 44-32, with 2:15 to go, but St Mary scored the final four points of the game.