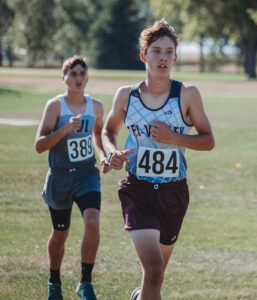 Teagin Gacke has competed in his first two meets of the cross country season for the Tri-Valley Mustangs.  The first meet was on Friday, August 26th in Madison.  The second meet was in Salem at the McCook Central/Montrose Invite on Tuesday, August 30th.

The next varsity meet will be the Jesse James Invite in Garretson on Tuesday, September 6th.