West Central scored three runs in the final two innings to get a come-from-behind walk-off win over Tri-Valley on Monday, May 16th in Humboldt.

Neither team scored through the first three innings of play.  Tri-Valley scored both of their runs in the top of the fourth inning.  With two outs in the inning, Carter Sorenson hit a two-run double scoring Nathan Madison and Connor Christensen.

West Central cut the lead in half in the bottom of the sixth inning when Zach Madsen hit an RBI double scoring Grafton Stroup.  The score remained 2-1 heading into the seventh inning.  After Tri-Valley failed to add any more runs in their half of the seventh, West Central put together a one-out rally.  Ben Sebert reached on an error.  Gavin Koch followed with a single.  Camden McDonald hit a double that scored Sebert to tie the game.  Duece Sherrard drove home Koch with a single to center field to win the game.

Sorenson had two hits, one a double, with two RBIs for Tri-Valley.  Riley Carlson had two singles.  Christensen and Madison also each had a single in the game.  Kaden Egger pitched 6 1/3 innings giving up three runs, two earned, on seven hits while striking out six.

West Central won their fourth straight game after a 7-3 win over Sioux Falls Christian on Tuesday, May 10th.

West Central took an early four run lead after the first two innings.  Caden Alfson drove home two runs in the first inning with a single.  Logan Maras had a solo home run, and Grafton Stroup added an RBI single in the bottom of the second inning.

Sioux Falls Christian got a run in the top of the third inning and then added two more in the top of the fourth inning to pull within a run, 4-3.  The score remained 4-3 until the bottom of the sixth.  Duece Sherrard had a two-run triple, and Stroup followed with an RBI triple to put West Central ahead 7-3. 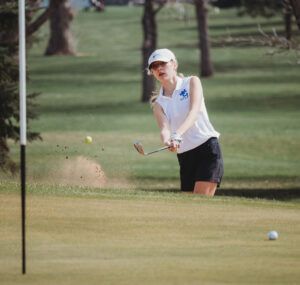 Kaylee Olson tied for 16th individually with a round of 95. Dakotah Larson had a round of 97. Lyric Riepma had a 101. Blaire Eberhard finished one stroke behind at 102. Morgyn Driscoll had a round of 115, and Lauren Prchal had a 139. 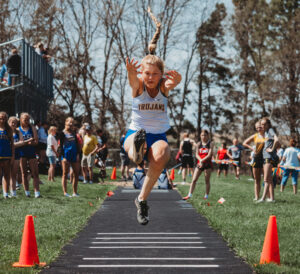 The West Central Trojan boys track team took home the team title from the Quarrier Invitational on Monday, May 9th.  The boys team finished with 115 points.  The girls team finished ninth with a total of 28 points.

The West Central Trojan track team had six relays place at the Howard Wood Dakota Relays in Sioux Falls on Friday, May 6th and Saturday, May 7th.  The Trojans had several athletes competing in the two-day event.

The West Central High School baseball team won their third game in a row with an 11-2 victory over Baltic on Wednesday, May 4th in Baltic.

West Central scored the first nine runs of the game.  The first two game in the top of the first inning.  Caden Alfson and Andrew Zimmer both had RBI singles.  Three more runs scored in the top of the third.  Two of those came on a two-run home run by Zach Madsen.  Gavin Koch walked with the bases loaded to give West Central a 7-0 lead.

Four more runs were scored in the top of the fifth for the Trojans.  Duece Sherrard had an RBI single.  Grafton Stroup followed with an RBI single.  Alfson added an RBI single with two outs in the inning, and Jack Linneman reached on an error which scored the fourth run of the inning. 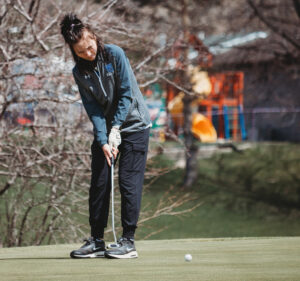 The West Central Trojan girls golf team traveled to Rocky Run Golf Course in Dell Rapids for the Dell Rapids Invite on Tuesday, May 3rd.  The Trojans finished eighth out of 13 teams with team score of 413.

Lyric Riepma finished fifth individually with a round of 88.  Kaylee Olson had a 103.  Blaire Eberhard and Lauren Prchal both finished with rounds of 111.  Dakotah Johnson had a 115, and Morgyn Driscoll finished with 116.

The Trojans will host a triangular with Madison and Sioux Falls O’Gorman and then will host the West Central Invitational on Monday, May 9th.

The West Central High School club baseball team scored seven runs in the first three innings as they held for an 11-7 win over Lennox on Friday, April 29th.

Lennox scored three times in their half of third inning making the score 7-3.  Jack Linneman had an RBI single in the top of the fourth inning for West Central, and the score remained 8-3 until the bottom of the sixth inning.  Lennox scored two more times, and the Trojans led 8-5 going into the final inning.  West Central scored three more times in the top of the seventh.  Lennox scored two runs with two outs in the bottom of the seventh, but the rally ended there.

Alfson had three hits, one a double, and two RBIs.  Sherrard also had three hits and an RBI.  Madsen had two hits and two RBIs.  Grafton Stroup and Ben Sebert both had two singles.  Koch had a triple and RBI.  Linneman had a hit and an RBI.  Andrew Zimmer and Logan Maras both had singles as well.  Madsen pitched five innings to earn the win giving up three runs, all unearned, on three hits and three walks with six strikeouts.  Stroup pitched two innings allowing four runs, one earned, on one hit and four walks with three strikeouts.

Dakotah Larson finished second individually with a round of 89. Morgyn Driscoll was fourth with a 96. Blaire Eberhard was fifth at 99. Kaylee Olson finished sixth with a 102, and Lyric Riepma was seventh with a 103. Lauren Pchal finished at 120. Ada Strunk had a 148, and Madysen Roth finished with 152.