Carter Rentz will continue is football career after signing his letter of intent to play for the Dakota Wesleyan University Tigers on Tuesday, February 18th.

Rentz had a solid senior season for the Dell Rapids Quarriers.  He finished the season with 45 tackles, three of those for loss, and had an interception with a return of 15 yards.  He also had 22 carries for 91 yards and two touchdowns.

Head coach Jordan Huska said about Rentz, “Over the last four years Carter has been a lot of fun to coach and be around. He is coachable and works hard each day. Playing college football has been a goal of Carter’s that he has worked hard for. He has earned this opportunity and we are happy for him.” 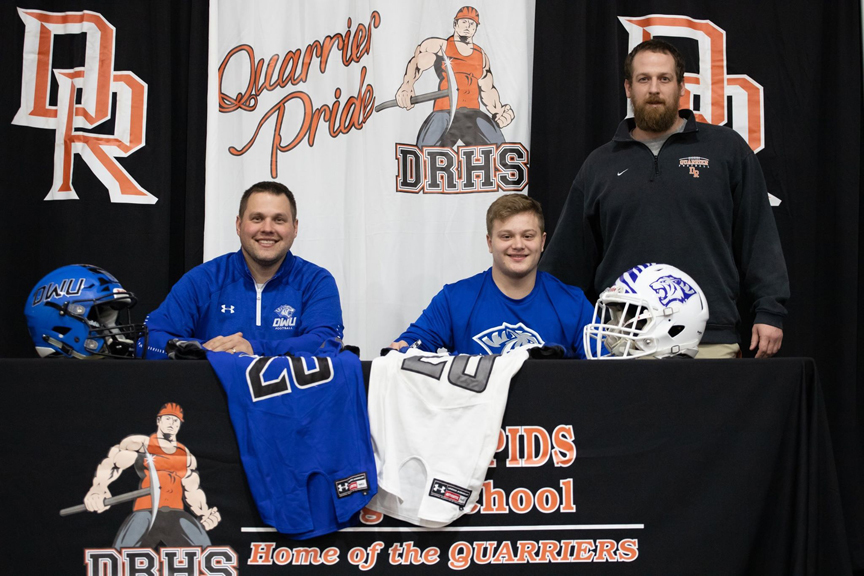