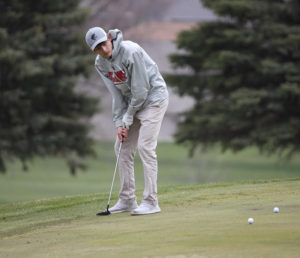 The Cardinal golf teams are scheduled to be at the Jesse James Invite in Garretson on Friday, April 30th.