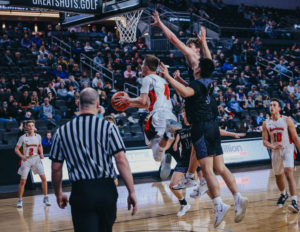 Even though the game didn’t end in the favor of the Dell Rapids Quarriers, there was still plenty to celebrate for the Quarriers on Saturday, March 20th.  The Quarriers played in their final game of the 2021 South Dakota State A Tournament and season against the Dakota Valley Panthers.  The Panthers  won the game 69-60 giving the Quarriers a fourth place finish in the state tournament.

The Quarrier fans were brought to their feet early in the third quarter as Colin Rentz surpassed 1,000 points for his career in his final game as a Dell Rapids Quarrier.  Dell Rapids chipped the lead down to three points, 48-45, after a three-pointer by Connor Rentz with 1:23 in the quarter.  The Panthers pushed the lead back to five points, 45-40, heading into the fourth.  The Quarriers again got the lead down to just a single possession, 52-50, this time after a three-pointer by Brayden Pankonen with 7:07 in the game, but that was as close as Dell Rapids could get.  The Panthers extended the lead back to 10 points with 4:08 to go and hung on for the win.

Colin Rentz was also named to the All-Tournament team.

Dell Rapids finished fourth in the 2021 South Dakota Class A State Tournament and had a 17-8 overall record. 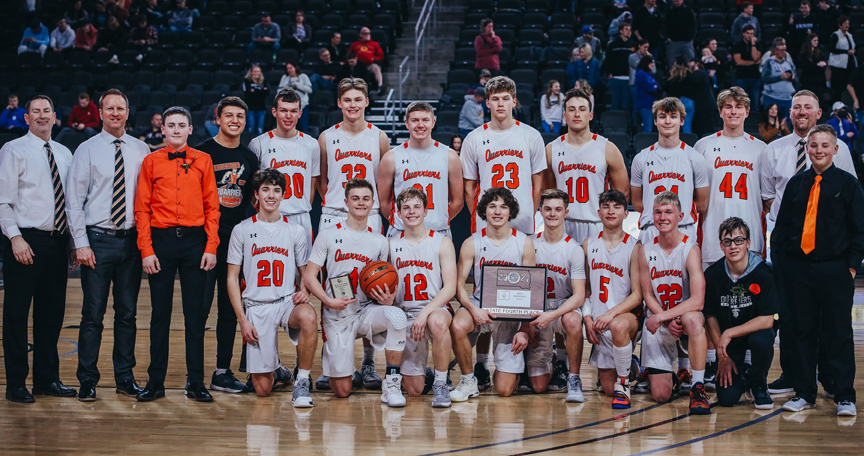