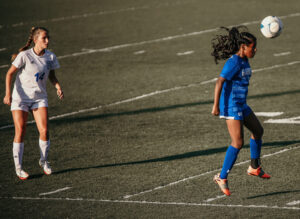 The Garretson Blue Dragon girls soccer team had one loss and one draw in their last two matches.

With only two matches left in the season, Garretson currently is in eighth place in the standings.  The top six teams qualify for the state tournament.  Groton is currently in the sixth spot with 39.938 points.  St Thomas More is seventh with 39.667 points, and Garretson has 38.591 points.

The Blue Dragons will have their final home match of the season on Tuesday, September 21st when they host Dakota Valley.  Their final regular season match will be at Sioux Falls Christian on Thursday, September 23rd.