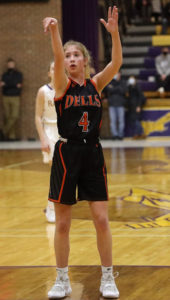 The Flier defense then shut the Quarrier offense down in third quarter.  Dell Rapids was held to just seven points, and Flandreau built a 53-33 lead heading into the fourth quarter.  The Fliers maintained that big of a lead throughout the final quarter.