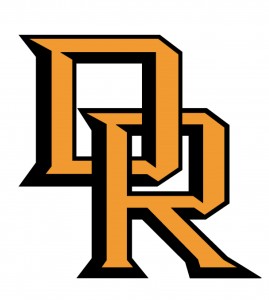 A controversial no-call on a travel led to a game-winning shot in the final seconds by the Western Christian Wolfpack to beat the Dell Rapids Quarrier boys 65-64 at the Sanford Pentagon Classic on Saturday, January 2nd.

The Wolfpack had an inbound along the sideline near half court with just :10 to play in the game trailing by a point.  After the inbound pass was received, it appeared a couple of steps were taken prior to a dribble, but no travel call was made.  The Wolfpack were able to get a shot to go through the hoop just before the buzzer sounded to steal the win.

The game was a close battle all game long between the Quarriers and Wolfpack.  Western Christian held a two-point lead at the end of the first quarter 20-18.  Dell Rapids took the lead into the locker room at halftime by a score of 33-32.

The Wolfpack was able to grab the lead back at the end of the third quarter and led 51-50 heading into the final quarter of play.  The Quarriers held a three-point lead at 64-61 after Coby Maeschen made two free throws with about :40 to play.  After a Wolfpack basket to cut the lead to 64-63, they were forced to foul with about :15 to play.  Dell Rapids missed the front-end of a one-and-one, and Western Christian grabbed the defensive rebound and called timeout after crossing half court to set up the game winning play.

The Quarriers had one more chance for a buzzer-beating shot.  They had to throw the ball the length of the court, but that pass was unable to be handled and couldn’t take a shot before the buzzer sounded.

Dell Rapids (4-1) will host the Canton C-Hawks in a double-header with the girls on Thursday, January 7th.  Both games can be seen on Big Sioux Media.