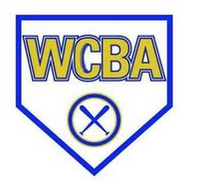 West Central Blue 14U won their eleventh game of the season and fifth in a row after a 16-1 win at Dell Rapids Red on Wednesday, July 6th.