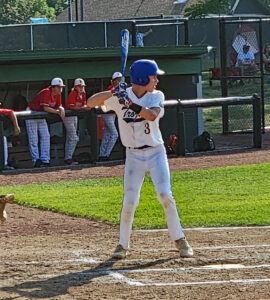 CJ DenBoer had three hits in the game.  Caden Alfson had two hits, a double and triple, with an RBI.  Jesse Jost had a hit and two RBIs.  Keaton Vessells had a double.  Landen Holewa, Jack Sebert, and Cain Grocott all had a single.  Lando Whiting had an RBI.  Anthony Lanham pitched 4 2/3 innings allowing three runs, none of them earned, on two hits with six walks and two strikeouts.  Sebert pitched 2 1/3 innings allowing just one hit with two strikeouts.