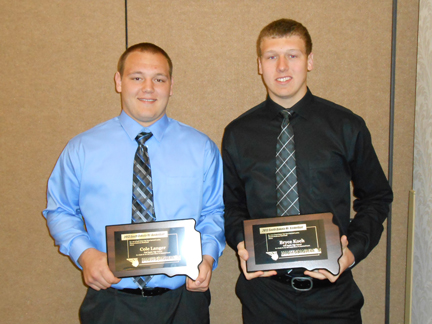 Hansen Anderson Basketball will name the South Dakota prep Miss and Mr. Basketball during its annual awards luncheon at the Ramkota Convention Center in Sioux Falls on Sunday, May 5th.

Thirteen senior girls and twelve men were selected as finalists by a vote of South Dakota high school basketball coaches at the conclusion of the 2012-13 season.

The luncheon is open to the public with tickets priced at $25 in advance by contacting Kari Jurrens at kjurrens@ncppub.com or for $30 at the door the day of the event. Doors will open at noon for lunch with the awards presentation beginning at about 1 p.m.