A Dell Rapids athlete, a St Mary coach, and a former St Mary student athlete were recognized at the 2017 South Dakota All-Star Game in Vermillion on Saturday, June 10th.

Dell Rapids Quarrier graduate Hunter Hansen was selected to play in the game on Saturday afternoon for the Blue Team.  Hansen finished the game with one interception which returned for 14 yards.  He also had two tackles in the game.  The Blue Team defeated the Red Team 37-6 in the game.

Both Brown and Ellison will play collegiate football for Morningside College in Sioux City, IA, starting this fall. 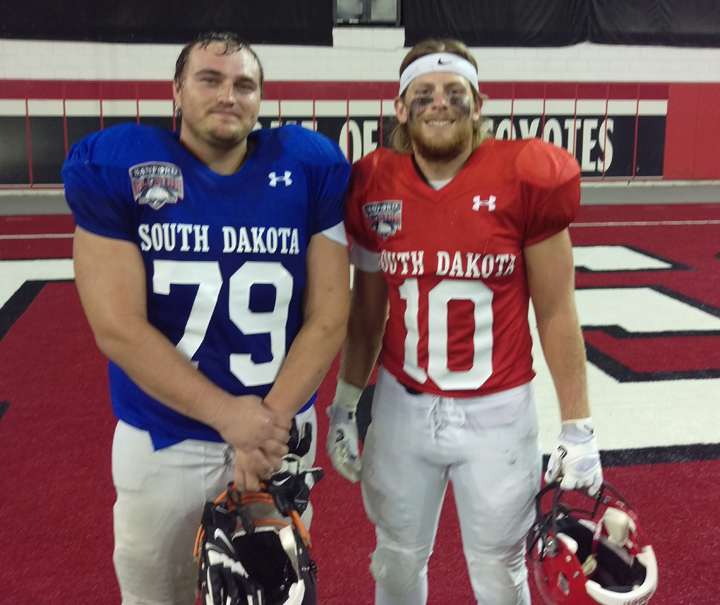