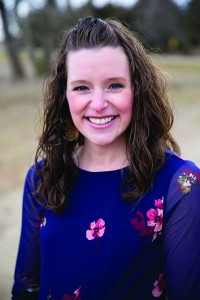 YANKTON, SD – January 11, 2018 – Mount Marty College (MMC) Athletics is proud to announce four new members to be inducted in to the Lancer Athletic Hall of Fame. The formal induction ceremony will be held on June 22, 2018 as part of the Mount Marty College Summer Reunion and Lancer Club Summer Party; however, the inductees will be introduced at half time of the men’s basketball game on Saturday, January 27th at Laddie E. Cimpl Arena.

The following individuals will be introduced:

Michelle Amundson Schumacher – Women’s Basketball (2006-2010)
Shumacher was named 1st Team All-Conference all four years. She was named NAIA 2nd Team All American her senior season, and twice was named Honorable Mention by the NAIA.  At graduation, she held six Lancer records, and was in the Top 10 Career Charts in 14 categories. She led the nation in 3 point shooting percentage her senior year. She was instrumental in leading the Lancers to the NAIA National Tournament twice, and a conference regular season championship. She was the 2010 GPAC Champions of Character award winner.  During Schumacher’s time as a Dell Rapids Quarrier, she set a number of school records, was named to the Class A All-State team three years, helped her team to an undefeated 2005-2006 season which included a state title, and was named Miss Basketball for South Dakota.

Jason Nelson – Baseball (1996-1999)
One of the greatest hitters in Lancer history, Nelson is the career record holder for batting average and home runs, His batting average was best by .41 points. At the time of his graduation, he was in the top six for career runs, and three other top five single season marks. He was named 1st Team All-Conference (SDIC) all three season he played, and was part of four conference season and tournament championships.

Jeremy Grady – Baseball (1994-1997)
Grady graduated as part of the winningest class in the history of Lancer athletics, being part of 127 baseball victories. He was known as a great defensive catcher (.976 fielding %) and, while stealing statistics were not kept, and for his outstanding arm, with opponents rarely trying to steal on him. He was named SDIC All-Conference in 1996 (2nd Team) and 1997 (1st Team). His teams won the NAIA South Dakota District his first two years, and then won the SDIC Conference his junior and senior seasons.

Laura (Wortmann) Morrison – Track and Field (2006-2009)
The four time All American in the shot put and the discus, Morrison graduated as the most decorated thrower in Lancer history. She twice placed 2nd in the discus at the National Meet, and in the process set the South Dakota College Women’s record in 2008. She holds every shot put and discus record for the Lancers, and was twice named the Mount Marty College Female Athlete of the Year. In 2009, she was named the GPAC Performer of the Meet, collecting 20 points by winning the shot put and discus, and setting the GPAC record in the discus.