In 2014 citizens of Dell Rapids welcomed the opening of new businesses Caseys, Family Dollar, and Revive Fitness in town, along with the re-branding of T&Cs to Local, and the move of Roemen Automotive to their new building.  Dell Rapids has had even more growth in 2015.

The Dell Rapids Carnegie Library held their dedication ceremony for the newly expanded space on May 2nd.  Ace Hardware opened their new building on July 7th and held their Grand Opening celebration August 7th-9th.  Dakota Technology Consulting, Creative Lush, Mason Jar, and Blooms on Main had ribbon cuttings this year to celebrate their businesses moving into new buildings in downtown Dell Rapids.  GoldenWest’s expansion project next to their current location downtown has begun.  Matt Beukelman purchased the former Tryon Gym and re-opened as Rapid Fitness.  Construction has also begun on a new building next to the Rocky Run Car Wash that will be home to Great Life. 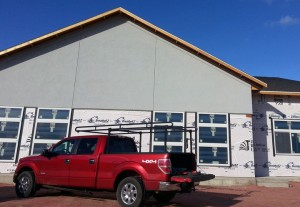 Also announced in 2015, Midwest Fresh Logistics will be building a distribution center in the Fiegen Development Park located on the southern edge of Dell Rapids.  Ground-breaking for the new center and development park will take place in the near future.  Dairy Queen closed its doors temporarily so they could build a brand new Dairy Queen building that will be placed in its current location.  Dirt work has already begun just north of the Ace Hardware for a brand new Shopko Hometown store which is targeting a July 2016 open date.

City Administrator Justin Weiland said that along with the economic growth in Dell Rapids, the city also issued nine new home building permits throughout the year.