The final numbers for new homes and total building permit values in Dell Rapids were reported during the latest regular city council meeting on Monday, January 3rd.  Dell Rapids had 17 new homes built in 2021, which is up from 10 in 2020 and 12 in 2019.  The city also had one new commercial building in the Industrial Park in 2021.

The council has yet to hear to final sales tax total for 2021.  The latest report included through the month of November, and numbers were trending to show have an increase in 2021.

DELL RAPIDS, SOUTH DAKOTA – The Sioux Metro Growth Alliance (SMGA) is excited to partner with the city of Dell Rapids for the SMGA Economic Development management Service (EDMS). Under the service, participating communities receive direct support from an economic development professional and the whole SMGA team. The EDMS is intended to help provide additional expertise to growing communities that have historically relied on volunteers or small municipal staffs to encourage growth. Each community receives between 16 and 20 hours per week of direct work from an SMGA economic development specialist as well as continued support and expertise from the whole SMGA staff. 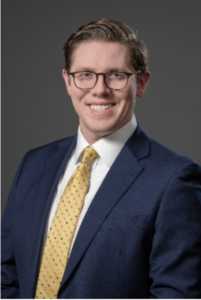 “Dell Rapids is ripe for further development” said SMGA President and CEO Jesse Fonkert. “The Dell Rapids Economic Development Corporation and the City of Dell Rapids have been proactive in their economic development efforts. We’re excited to start working there with the EDMS in January to complement their hard work and help as requested.”

Dell Rapids is the fourth community to utilize the EDMS; Lennox and Baltic began working with the SMGA in May and August 2021 respectively. Salem will also begin with the service in January. Ryan Solberg, Economic Development Specialist at SMGA, is the staff person currently working with Lennox and Baltic and Sheldon Jensen, the newest addition to the SMGA staff, will begin working in Salem and Dell Rapids in January 2022. 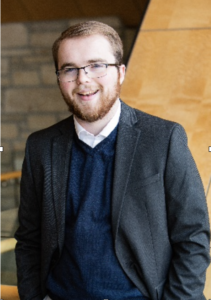 The SMGA welcomes the continued growth and trust in our organization and Jensen and is very excited to take a direct role in working with Dell Rapids to help the city achieve their economic development goals. “Dell Rapids is an exciting community to be a part of in the Sioux Metro. I am excited to work alongside passionate community and civic leaders to further grow the city in quality-of-life aspects to further attract residents and businesses.”

The SMGA is a non-profit economic development organization that improves the economy and advocates for business development and greater quality of life across the Sioux Falls area. Formed recently as a merger between the Lincoln and Minnehaha County Economic Development Associations, the SMGA serves fifteen member communities, three counties, and a variety of investors from across the Sioux Falls MSA to help create vibrant communities which provide rewarding places to live and work. 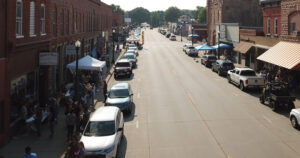 Spending in Dell Rapids has remained strong in 2021.  The Dell Rapids City Council received a sales tax revenue report during their regular meeting on Monday, October 4th.  The report shows an increase in spending through the month of August compared to the same time frame in 2020.

“If you look at the month of July compared to last year, what a difference,” said Dell Rapids Mayor Tom Earley.  “Thanks to everybody for shopping local.” 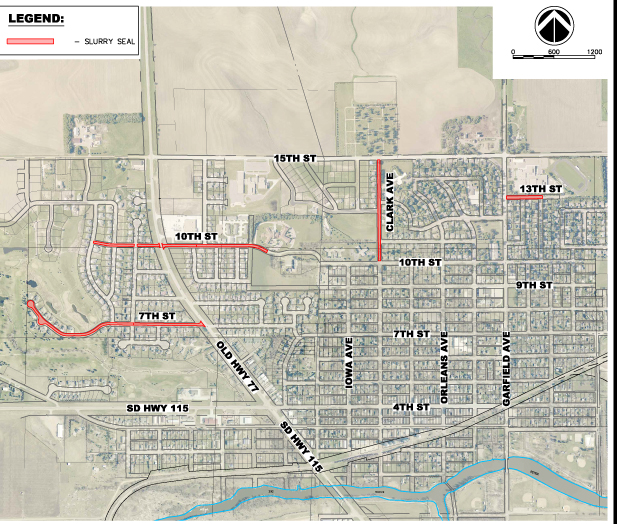 The second phase of the SE Infrastructure Project in Dell Rapids will be starting soon.  During the Dell Rapids City Council regular meeting on Monday, May 17th, it was reported to the council that a pre-construction meeting was to be held on Wednesday, May 19th.

Once the finalized project schedule is completed, it will be shared with the affected property owners.

The plan is to start right away with Iowa Avenue and 6th Street in the coming weeks.  The 5th Street portion of the project will be held until sometime in July.   The city is anticipating that tree removal should occur within the next week and the demolition of 6th Street will start to occur prior to June 1st. 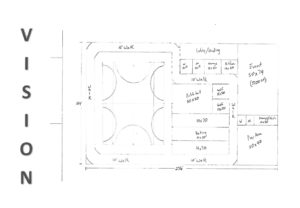 Dell Rapids continues to grow and flourish with population, new businesses and so much more. Something that has been missing from our town is a community center for all to enjoy. From basketball and volleyball tournaments to batting cages or the simplicity of safe walking in winter months, the possibilities are endless.

At a recent City Council meeting, discussion was brought to the table by a group of residents ready to help make a community center a reality for Dell Rapids. Lee Bollock addressed the Council with introduction of the plans for the future community center. Bollock, along with his wife Brittani, have lived in Dell Rapids for seven years and are active in the community being on the Connections Charitable Board and Lee is an active member of the Dell Rapids School Board.  “Since we have lived here, and talking with others that have lived here, this has been a topic of conversation ongoing for at least the past decade if not longer,” Bollock expressed to the Council. “Maybe part of the reason this has never come to fruition is that we haven’t had the community backing it enough and being active in the process. That is what our committee intends to do, work with City Council and the community to drive this thing home.”

The Dells City Journal will continue to follow the process of the project. To show your support for the community center, reach out to your Alderman for your designated ward or express your support at upcoming council meetings. With community support, this plan can become a reality. “The more engagement and the more push we have from the public, the more successful we will be,” Bollock concluded. 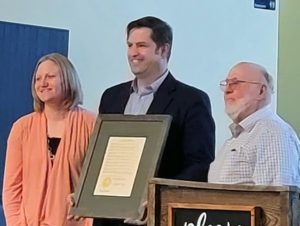 The Dell Rapids City Council heard the final 2020 sales tax numbers during their regular meeting on Monday, February 1st.  The December 2020 numbers were 22% higher than December 2019.

“Just taking into factor the affect the pandemic had and how it was kind of the opposite affect that was expected when we first got into the thing,” said City Administrator Justin Weiland.

Sales tax revenue was not the only increase the city of Dell Rapids saw.  Alcohol sales were up 20% from 2019.

The water/sewer bill in Dell Rapids looks to be heading for an increase in the near future.  The Dell Rapids City Council, during the last regular meeting on Tuesday, January 19th, approved the first readings of Ordinances 890, 891, and 892 which are related to surcharges and rate adjustments to cover costs for the 6th Street Water Project that is planned to being this spring.

Ordinance 890 is a Waste Water Surcharge.  This ordinance will implement a surcharge of $5.85 per customer.

Ordinance 892 will be implementing a $2.70 per customer to fund the drinking. water bond for the 6th Street project.

“I think it’s important to let our citizens know that we appreciate their support in the fact that through paying their water and sewer bills, they are making it possible for us to do these improvements,” said Dell Rapids Mayor Tom Earley.