The Dells Inferno softball team won their league tournament over the weekend.  This is the second year in a row that they have won the league tournament.  Inferno opened up the tournament with a 10-6 win over SD Fusion Power on Saturday, June 25th.  In the second game on Saturday, they fell to BV Power 9-11.  Dells Inferno battled back on Sunday, June 26th.  They won their first game over BV Zoom 9-4 to put them into the championship game against BV Power.  Inferno was able to win back-to-back games over BV Power by scores of 7-5 and 13-5 to win the league tournament championship. 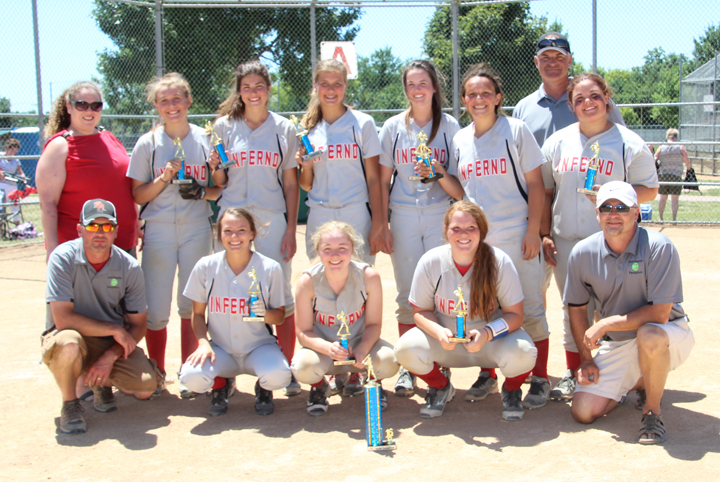 The Dells Inferno 16U softball team is enjoying a good season this year.  They currently have a 6-1-1 league record.  The Dells Inferno team plays in the SEFSA league.  They recently finished 2nd at the Denny Redmon Memorial Tournament in Sioux Falls.  They also placed 5th at the Brandon Early Bird Tournament in May.  There are two more weeks of league play with the league tournament being held June 24-26.  The state tournament is July 15-17.  Dells Inferno will also play in the Interlakes Girls Fastpitch Invitational in Madison June 18-19. 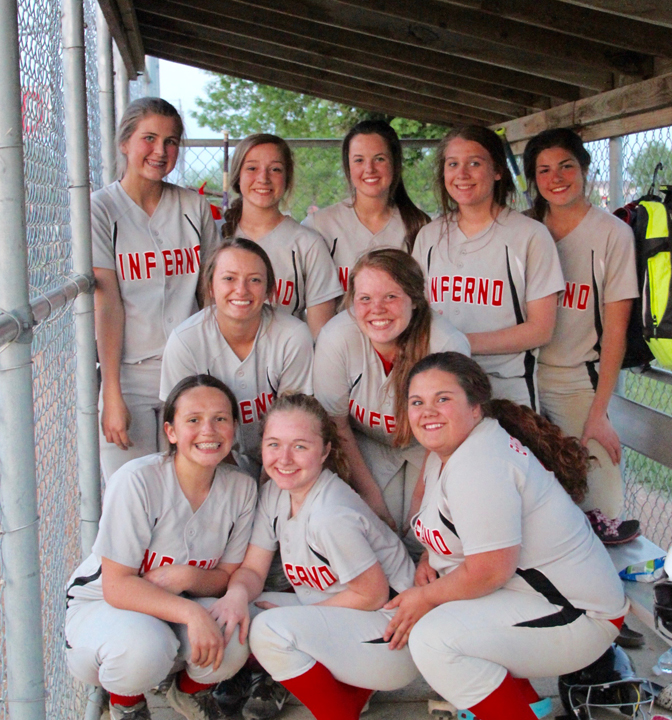