The Dell Rapids U12 softball team won the Sioux Empire Fast Pitch Tournament June 24th-26th.  Dell Rapids opened up the tournament on Friday with a win over Tea Thunder 11-1.  Makenzie Garry hit a home run while Leigha lacey and Kylie Bittner each hit doubles in the game.  On Saturday Dell Rapids won two more games with only eight players for each game.  The full team was back for the championship game on Sunday, and Dell Rapids defeated the Tea Thunder again, this time 5-4 to take first place.

Dell Rapids U12 also took 2nd place at the Denny Sanford Tournament earlier in the year.  They will play in the state softball tournament the weekend of July 15th. 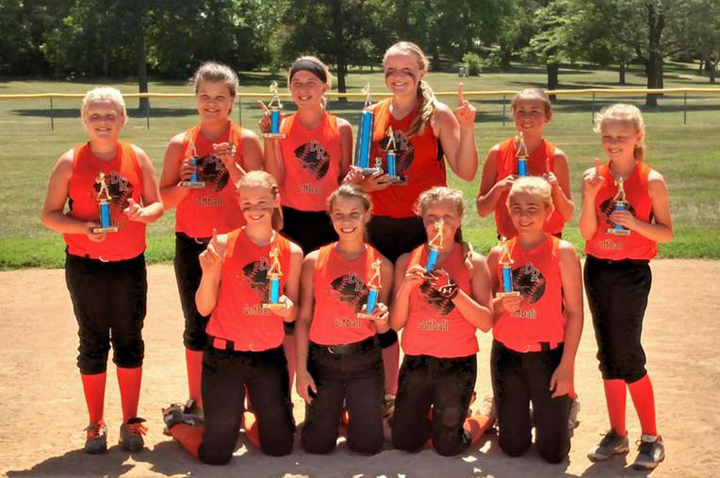