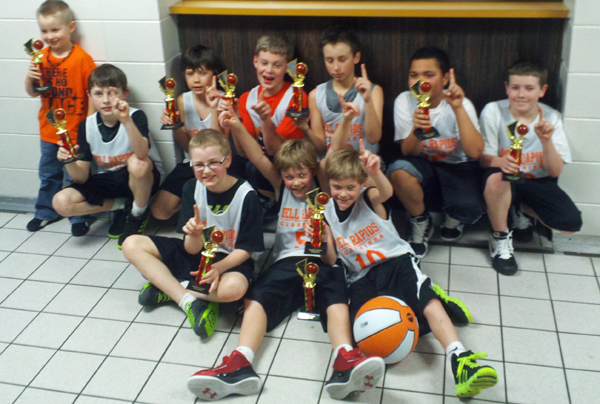 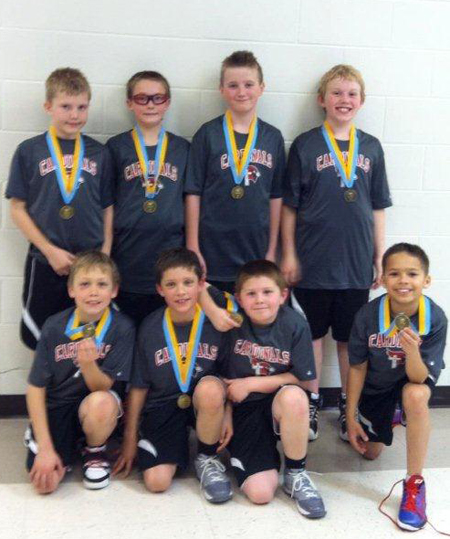 The Dell Rapids Quarriers and Dell Rapids St Mary Cardinals 4th-grade boys basketball teams competed for the championship at the “Bring It On” basketball tournament held at Tri-Valley school on Saturday, February 2nd.  The Cardinals defeated the Quarriers 34-18 to take first place in the tournament.

After the game, both teams took a group picture together as all the boys represented the community of Dell Rapids very well.