Head coach Monte Kerzman said, “What a great showing by these 13 boys from Dell Rapids!!” 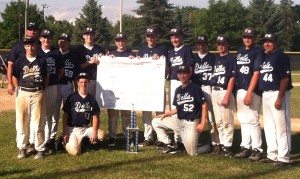 The full bracket of the tournament can be found by clicking this link.