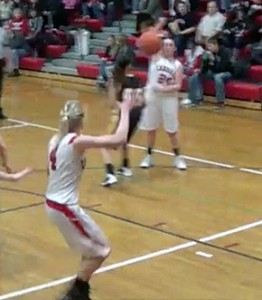 The Dell Rapids St Mary Cardinals girls basketball team picked up their second win in a row, and their 11th overall, with a 50-33 win over the Colman-Egan Hawks on Friday, February 7th.  The first quarter was back and forth as neither team got ahead by more than three points.  The first quarter ended with an 11-11 tie.  But from that point forward, the St Mary Cardinals took control of the game.  The Cardinals outscored the Hawks 12-2 in the second quarter to take a 23-13 lead into halftime.  St Mary extended the lead to 34-21 after the third quarter, and put the game away from the free throw line in the fourth quarter for the win.

The Cardinals improve to 11-6 on the year.  They will travel to Canistota on Monday, February 10th.