The Dell Rapids Quarriers girls basketball team defeated the Sisseton Redmen in overtime 44-42 on Tuesday, February 18th, in Dell Rapids.  Dell Rapids led for most of the first quarter, but Sisseton scored the final points to take 10-9 lead.  The Dell Rapids defense stepped up in the second quarter, holding the Redmen to just four points.  The Quarriers were able to re-gain the lead at halftime at 17-14.  The Quarrier offense had a hard time in the third quarter, scoring only six points, and Sisseton jumped out to a 10-point lead at 33-23.  Sisseton was able to maintain their 1o-point lead for the first half of the fourth quarter.  With 4:32 left in the game, Sisseton led 38-28.  However, Dell Rapids went on an 11-0 run and took the lead with 1:51 to go at 39-38.  The Redmen knocked down a field goal, and Dell Rapids added a free throw.  Regulation ended with the game tied at 40-40.  Baskets were hard to come by in the overtime session, and it was Mikaela Stofferahn made the game-winning layup with .3 seconds left on the clock to give the Quarriers a come-from-behind win.

Dell Rapids improves to 6-13 on the year.  The Quarriers will travel to Madison to take on the Bulldogs in their final regular season game of the year on Thursday, February 20th. 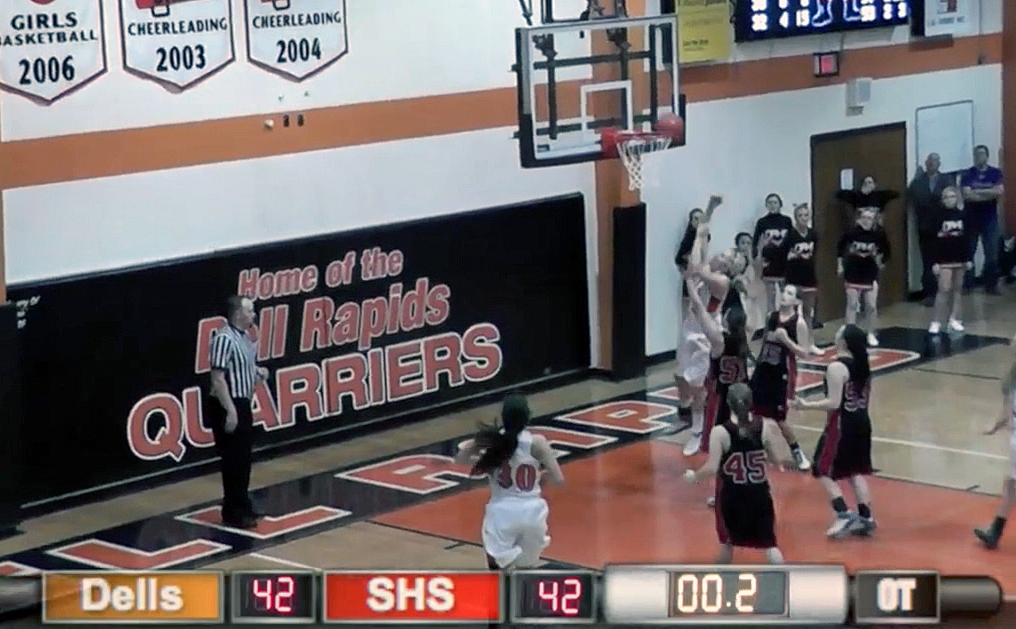