The DeSmet Bulldogs defeated the Dell Rapids St Mary Cardinal boys basketball team in Dell Rapids on Friday, December 7th, 56-20.  The Cardinals had five players score in the game, and they were led by Ben Bunkers who had six points on the night. 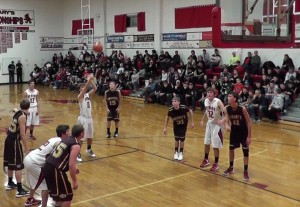 The Bulldogs took advantage of the Cardinals turnovers in the game on the way to the win.  Dell Rapids St Mary also struggled from the free throw line, shooting just 3 for 15 for 20% in the game.  DeSmet used a balance scoring attack with four players in double figures, led by Austin Janssen who finished the game with 15.

The Cardinals will travel to Bridgewater on Monday, December 10th, to take on Bridgewater/Emery. 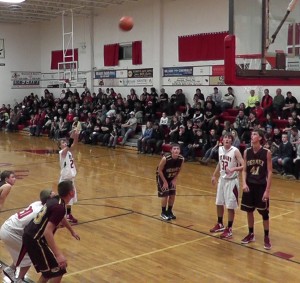