The Dell Rapids All-Star team finished second in the 12U VFW State Baseball Tournament held July 20 – 22 at Pasley Baseball Complex in Sioux Falls.  Dell Rapids lost it’s opening round game in a close game to Milbank 5-4.  Dell Rapids came back to win their next two games, defeating Harrisburg 11-0 and then Elk Point 13-0 to qualify as the third seed in the championship round. 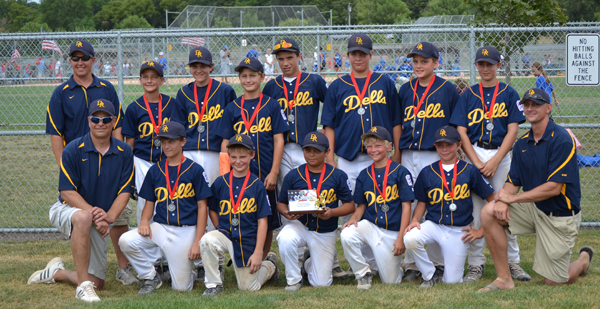