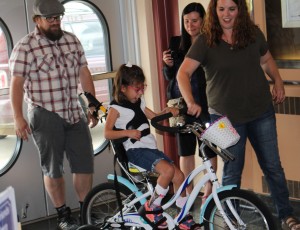 A Sioux Falls five-year-old was presented with a specially-designed bicycle at the Dell Rapids Theater on Thursday, September 8th, thanks to fundraising efforts led by Variety, a children’s charity.

Phoenyx Benson is living with a significant brain injury and is unable to ride a traditional bicycle.  Variety has led fundraising efforts to have a specially-designed bicycle given to Phoenyx to allow her the joys of having her very own bike to ride.

Dell Rapids Theater owner, Jeff Logan and Logan Theaters chain, have been big supporters of the Variety children’s charity.  They have sold limited edition gold pins from Variety’s Gold Heart Campaign to help raise money for the charity.  All the monies raised in South Dakota stay in South Dakota to help locally.  This year’s pin featured artwork from the “Hunger Games: Mockingjay – Part 2” movie.  The previous pin featured artwork of the minions from “Despicable Me”.

“They are like collector’s pieces.  They tie in with a different movie, and we have support from the studios that they donate the license to use the artwork.  They are able to use a special pin to make it more popular,” Logan said. 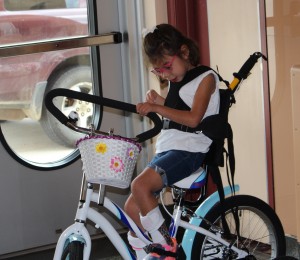 Variety was initially founded in 1927 by a group of 11 theater owners and showmen in Pittsburgh, PA as a social club.  The so-named Variety Club evolved into a charity during 1928.  Today Variety has a network of 42 offices in 13 countries operating as a children’s charity.

After receiving the bicycle, Phoenyx took a ride around the lobby of the theater and posed for pictures with her mother Emily Bartscher and everyone that helped make the bicycle possible.  The specially-designed bicycle was made by Chad Pickard the owner of Spoke-N-Sport bike shop. 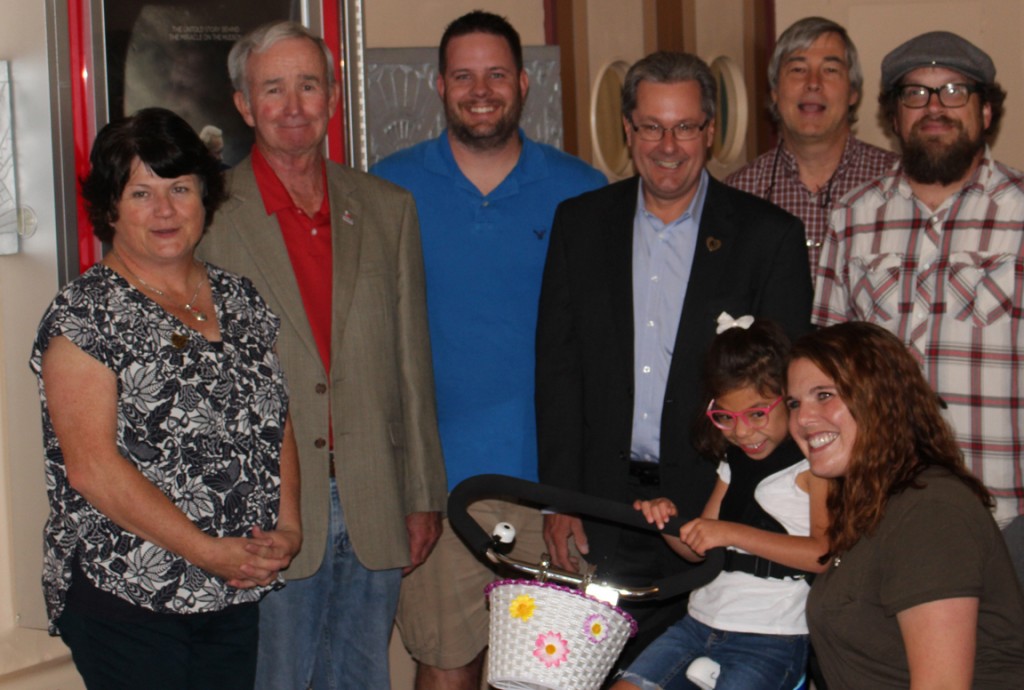