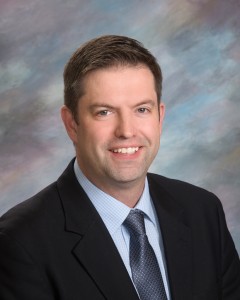 “Washington has been taken over by partisan politics. Politicians are more concerned with the next election than getting the work of the people done. South Dakota deserves representation that will listen and find solutions for today’s challenges,” said Ahlers.

Ahlers will make his announcement in front of family, friends and media in his hometown where he has been a small business owner and entrepreneur for nearly 20 years. In addition to his business experience, he is the current President of the Dell Rapids Chamber of Commerce, Interim Chamber Administrator, and spent six years in the State Senate and House. Ahlers is an active community member, contributing numerous hours and leadership to local events, boards and charities.

“Dan Ahlers has a strong background in small business and economic development. He has a proven record of looking after taxpayers’ dollars in Pierre and building relationships across the aisle and with the people he representss,” said Billie Sutton.

Ahlers has served in both the South Dakota House and Senate. His leadership has been nationally recognized by the State Legislative Leaders Foundation and is the recipient of the BILLD and Henry Toll Fellowship through the Council of State Governments. His accomplishments include helping balance the state’s budget, improving funding for schools, increasing Medicaid reimbursements to critical need service providers, helping fund the new State Veteran’s Cemetery and establishing an advisory council to improve the delivery of educational services for children who are deaf and hard of hearing.