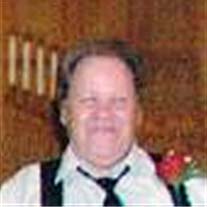 Timothy Randall Brooks was born on January 25, 1949 to Ora Elvin Jr. and Bonnie Jean (Galloway) Brooks in Orange County, California. Tim was raised and received his education in Orange County graduating in 1967. Following his education, he enlisted in the United States Army where he served in the Vietnam War. After 8 years of service, he was honorably discharged. After his service, he made his way to Texas where he worked in the oil fields. After a time, Tim took classes to become a certified Nurse Assistant. He worked at several nursing homes in many different states. While working at a nursing home in Garretson, South Dakota, he met Sharon Wold. They were married on June 7, 2007 at the Jasper Evangelical Lutheran Church in Jasper, Minnesota. They made their home in Jasper. In 2009, Tim began working at HIS in Luverne, Minnesota until his health forced him into retirement in 2010. On December 31, 2015, Tim was admitted to the Avera McKennan Hospital in Sioux Falls, South Dakota until his death on Saturday, January 02, 2016 at the age of 66 years, 11 months and eight days.

Tim was a member of the Jasper Evangelical Lutheran Church. He was an avid football fan, his favorite teams being the Kansas City Chiefs, the Chicago Bears and the Green Bay Packers. Tim also enjoyed fishing and watching TV, mostly black and white classics and John Wayne Westerns. He liked to cook, especially breakfast foods. Most importantly, Tim enjoyed spending time with his family.