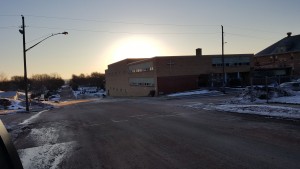 Minnehaha County Sheriff’s Deputy and School Resource Officer Mike Walker made recommendations to the council about two of the stop signs during a meeting held on February 1st.  His recommendation was to place stop signs at the intersection of 9th St and State Ave at the northwest corner of Dell Rapids St Mary High School.

City Administrator Justin Weiland said, “The one thing that I think, rather than the public works department just going out and throwing up a stop sign in a location, is to have it documented by the city and have the council approve the installation of stop signs.”

Weiland stated to the council that stop signs would be placed on State Ave, keeping 9th St a through street.  Weiland also mentioned that the city has been approached by several indivduals in the past few years about placing a stop sign on Powderhorn Rd at the intersection of 10th St. 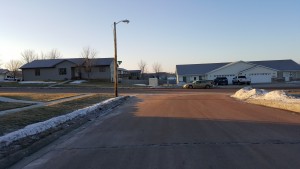 “I think it’s a point that it does warrant it with the addition of Shopko, Ace Hardware, and the grocery store….it’s a logical place to put a stop sign.”

Alderwoman Mary Klockman made the motion which was seconded by Alderman Mike Sterud.  The motion passed unanimously.