There were two parts to the regional competition.  First approximately 45 contestants from grades four through eight were asked to write their responses to 50 pronounced words.  90% of the pronounced words came from the lists studied by participants before the competition.  The remaining 10% of the words were of greater difficulty and were found from different sources.  22 contestants with the highest written scores continued to the second round, the oral spelling portion of the contest. 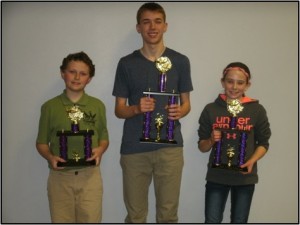 tautology, and herbivore correctly through nine rounds.  In the 10th round, she incorrectly spelled the word kitsch.  However, Heinitz advanced far enough into the competition to finish in second place, qualifying her for the state competition which will be held at the University of South Dakota on March 21st.