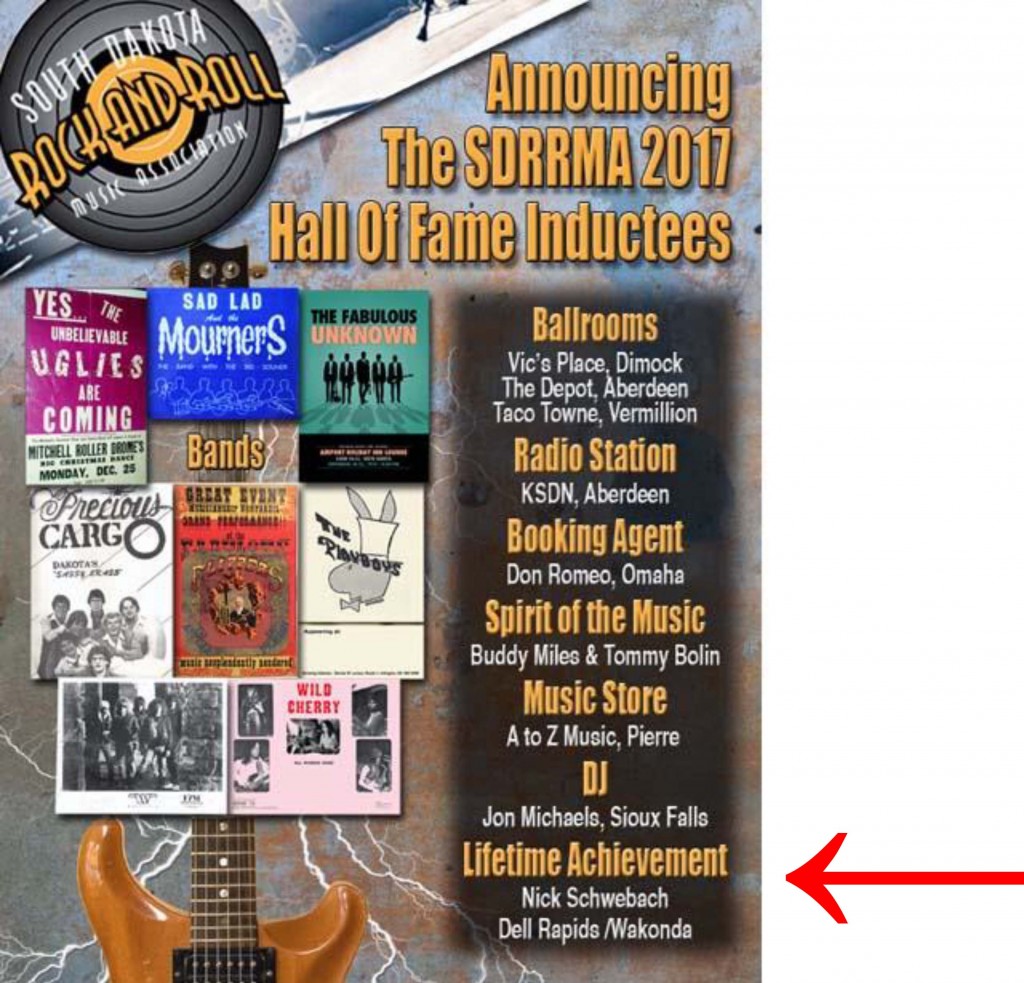 The South Dakota Rock and Roll Music Association (SDRRMA) was established in 2008 to promote and recognize musicians, venues, studios, disc jockeys, and other music supporters across the state. Since 2014, the SDRRMA has awarded grants to school music programs for the purchase of instruments and training programs. It is the goal of the SDRRMA to assist out state’s music educators in achieving musical excellence.

The SDRRMA Hall of Fame announced recently its 2017 inductees during a press conference at the SDRRMA Museum in the Washington Pavilion in Sioux Falls. A total of eight bands, three ballrooms and six South Dakota Rock and Roll supporters are slated to become members of the association.