Douglas G. Nohava, CFSP, CPC, of Minnehaha Funeral Home in Baltic, Colton, Dell Rapids, and Garretson, SD, was elected as President of the South Dakota Funeral Directors Association (SDFDA) at their annual state convention held on May 6-8 at the Best Western PLUS Ramkota Hotel in Sioux Falls, SD. This year’s convention marked the association’s 116th anniversary. Nohava was sworn into office by his father, Myron G. Nohava, a past-president of the SDFDA.

Nohava, a funeral director for 10 years, will serve on the Executive Board of the SDFDA as state president for the 2015-2016 association year. He graduated from the University of Minnesota’s Program of Mortuary Science in 2004. He has been employed with Minnehaha Funeral Home since 2005 and is licensed in South Dakota, Minnesota, and Iowa. Doug is also a Licensed Insurance Producer in South Dakota and Minnesota and currently represents United Heritage Life Insurance, a funeral insurance provider. In 2010, Doug received the Certified Funeral Service Practitioner (CFSP) designation from the Academy of Professional Funeral Service Practice. To attain the CFSP designation, Doug completed 180 hours of academic, professional, and public education activities. In 2013, he became a Certified Preplanning Consultant (CPC) through the National Funeral Directors Association (NFDA). Since 2012, he has also served on the NFDA Disaster Preparedness Resource Group and is also a Region 8 Team Member of the Department of Health and Human Service’s Disaster Mortuary Operational Response Team (D-MORT).

Doug is a member of Zion Lutheran Church in Garretson, and the Garretson Commercial Club. He is also a certified firefighter, Emergency Medical Technician, and fire service instructor with the Garretson Volunteer Fire Department and currently serves as the department’s 2nd Assistant Chief. He and his wife, Karly Hegge, have two daughters, Kalyce and Amity. 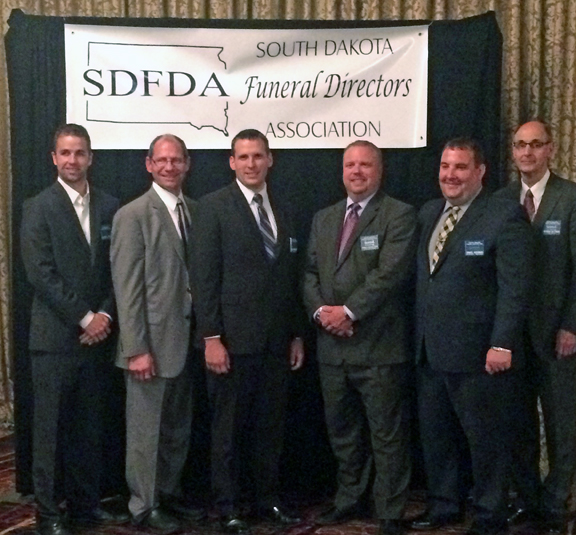