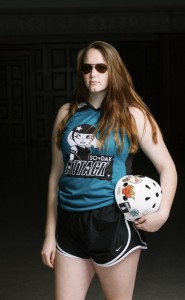 For the first time in history, SoDak Attack, Sioux Falls Jr Roller Derby team (SFJRD) will be representing South Dakota in the Junior Roller Derby Association (JRDA) Championships. JRDA is comprised of 140+ leagues worldwide.  One of those members of the SoDak Attack is Dell Rapids native Rylee Rinehart.

SFJRD’s strong showing at tournaments in California, Iowa, and Colorado helped the team secure their seat in the Open Division at the National Championship tournament. The Top 10 qualifying teams in both the Open and All-Female Divisions received an invitation to attend this tournament.

Skaters, coaches and parents are excited for this opportunity of a lifetime. Practice is held three times a week during the regular season, with a volunteer coaching staff of five. The league is currently at max capacity and works from their waiting list to bring in new skaters.

Sioux Falls Roller Dollz Co-founder, Jayme Nelson, aka Pain Maker, had a vision of bringing roller derby to the next generation when she started the SFJRD with a summer camp in 2012. There are two skaters who remain on the team from that very first camp. This year, the 8th Annual Summer Camp will be held June 17-21, 9 am – 12 pm at the Sioux Empire Fair Grounds in the Armory Building. SFJRD Coaching Staff bring in special guest coaches each year. This year’s coaches are coming from Topeka, KS and Portland, OR. Media is welcome and encouraged to come to the camp to talk to the skaters, coaches and parents. Please contact Jayme Nelson, 605-929-7364, to coordinate a visit. 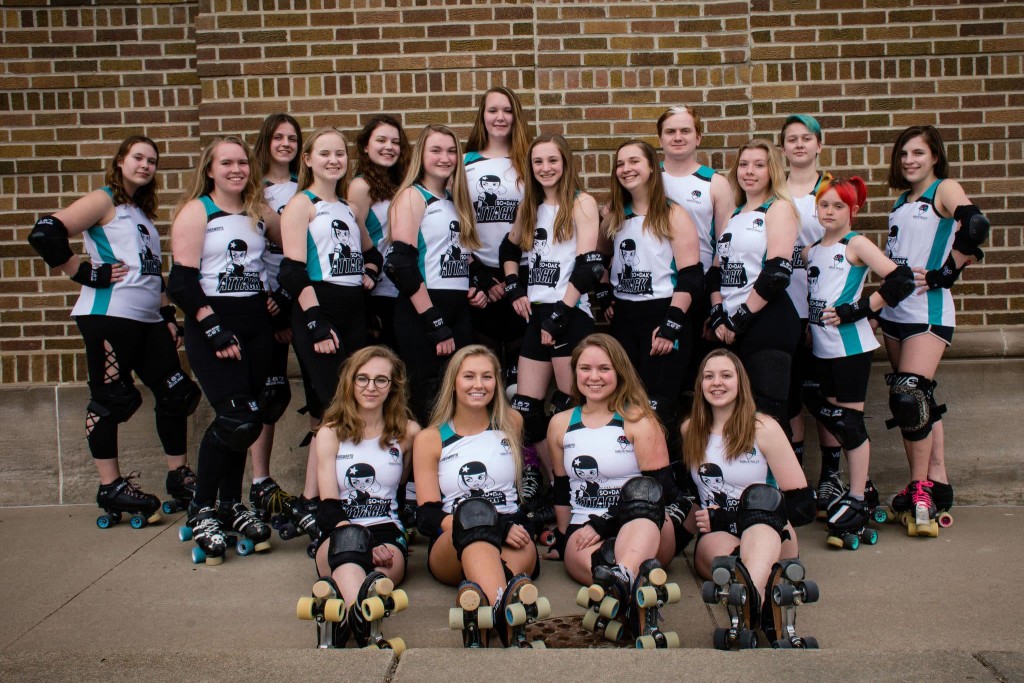 SFJRD holds many fundraisers throughout the year to help with travel expenses and operating costs during the regular season. The league hosted its annual skate-a-thon fundraiser and raised $15,500 in February, which wasn’t enough to cover operating costs. This heavy travel year required additional fundraisers, which the team has energetically worked towards. The team is currently fundraising and in need of sponsors to defray the cost of the upcoming trip for the Championship Tournament, in a little over a month.

Sioux Falls Junior Roller Derby (SFJRD) is a 501c3 non-profit organization whose mission is to empower, build self-confidence and develop athleticism in children ages 7-18 in a positive team culture. SFJRD teaches safety, skating and the sport of roller derby with an emphasis on character development. We have 2 teams within our league. The Baby Dollz is the team that represents us as our “B” team. Our “A” team is comprised of our best skaters and competes as Sodak Attack.  https://www.facebook.com/sfjrd/

The Junior Roller Derby Association (JRDA) is a public nonprofit educational and amateur sports organization that is dedicated to advancing the growth of roller derby through the standardization of rules and goals for existing and new leagues.

The mission of JRDA is to nurture bold self-confidence in youth by developing teamwork and athletic ability while treasuring individuality within a culture of integration, encouragement, and service to others. JRDA partners with competitive & recreational junior leagues, communities & schools, mentors & families; to empower youth through the international sport of roller derby.