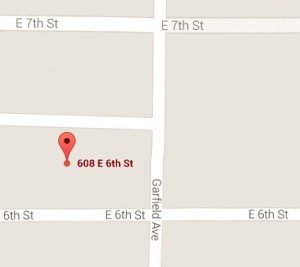 The citizens of Dell Rapids will get to decide if Ordinance 822 will be approved or rejected.  Referendum petitions were submitted to City Hall to put the ordinance to a public vote.  On October 19th the ordinance passed the second reading to rezone 608 E 6th Street from R2 to B2.

The Dell Rapids City Council voted to accept the petitions during their regular meeting on Monday, December 7th.  The motion carried which meant the decision of this ordinance would go to a public vote.  Councilman Mark Crisp then made a motion to set the date of the vote to coincide with the Municipal Election, which is being held on April 12th, 2016.  Councilman David Sommerfeld seconded the motion, and the motion carried.