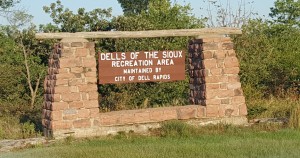 Dell Rapids has received a grant from the Game, Fish, and Parks department to be able to expand the recreational trail.  This announcement came from City Administrator Justin Weiland at the Dell Rapids City Council meeting on Monday, August 7th.

The city applied for $249,000 with the Game, Fish, and Parks Recreational Trail Grant.  The grant application included two extensions to the current trail.  One extension would run south to the overlook on Dells Drive, and the other extension would run west to the dam area.

Game, Fish, and Parks representatives said the full grant request was for nearly 100% of the grant’s available funds for the entire year.  Dell Rapids was instead awarded a $55,000 grant to be able to do the south extension project.  The estimated cost of that project is between $68,000 – $70,000.  The city will be responsible for the remaining funds needed to complete the cost.  Weiland mentioned that the city will work with the Sioux River Red Rock Trail Committee to assist with the funding for the remainder of the costs for the project and will budget for this to occur in 2018. 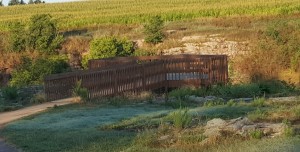 “I think it will get more people there to experience that, and potentially put the city in a position to make some improvements down there, or at least get it cleaned up and looking sharper,” said Weiland of the south extension.  The extension of the trail would start at Dells Drive and run to the overlook area of the Big Sioux River.