Donald D. Nussbaum, 74, of Garretson died Wednesday, February 26, 2014, at Palisade Manor in Garretson. Funeral services will begin at 10:30 AM Monday, March 3, 2014 at Zion Lutheran Church, Garretson. Burial will be in the Palisade Cemetery. Visitation with the family present will be from 3-5:00 PM Sunday, at the Minnehaha Funeral Home, Garretson.

Donald Delano Nussbaum was born on September 22, 1939, in Luverne, Minnesota to parents Henry and Annie (Anderson) Nussbaum. He grew up in the Garretson area and attended Garretson High School. He then went to carpentry school and worked as a finish carpenter and farmed in the Garretson area.

Cleo was born on July 15, 1926, to Theodore and Cora (Carson) Haugse. She graduated from Lyons High School and married Kenneth Olson on December 3, 1947 in Colton. The couple farmed south of Baltic until moving into town in 1997. She was a member of Baltic Lutheran Church and greatly enjoyed spending time with her family.

Grateful for having shared her life are her husband, Kenneth of Baltic; children: Sheila (Larry) Skatvold of Dell Rapids, Dennis Olson of Sioux Falls, Rodney (Kim) Olson of Sioux Falls, Lynn (Lisa) Olson of Baltic, Marcia (Larry) Miller of Baltic; six grandchildren; and eight great grandchildren. She was preceded in death by her parents, two brothers, Luther and Vernon; sister, Lois Henjum; and an infant sister. 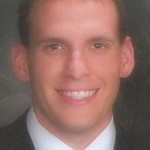