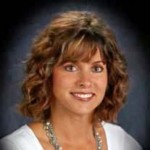 Leann Mary Klein, age 41, of Marshall, died peacefully and surrounded by family on Wednesday, August 19, 2015, at her home in Marshall. Memorial services are 10:30 AM, Monday, August 24, 2015, at Holy Redeemer Catholic Church in Marshall. Private family interment will be at a later date. Visitation will be held from 4:00 – 8:00 PM Sunday, August 23, 2015 at Holy Redeemer Catholic Church in Marshall. A rosary will be held at 4:00 PM and a prayer service is scheduled for 7:00 PM. Visitation will continue one hour prior to the service, from 9:30 – 10:30 AM, on Monday again at the church. Condolences may be left at www.hamiltonfh.com.

Leann Mary Neisius was born on November 14, 1973, in Marshall, Minnesota to LeRoy and Diann (Reed) Neisius. Leann was baptized, received first communion, and was confirmed at St. Mary’s Catholic Church in Cottonwood, Minnesota. She grew up attending school in Clarkfield which later combined with Granite Falls. She graduated from GFC High School with the class of 1992. She furthered her education at South Dakota State University and became a Registered Nurse.

On November 29, 1996, Leann was united in marriage to Jason Klein at St. Clotilde Catholic Church in Green Valley. The couple spent over 18 years together and raised three children, Rebecca, Nicholas, and Emma. Leann and Jason made their home in Sioux Falls where Leann worked for Select Specialty Hospital and Sioux Valley Hospital. They moved to Willmar in 1998, where she worked at Rice Memorial Hospital. In 2001, the family moved to Marshall and Leann worked as a nurse as well as a clinical instructor for Minnesota West Community College at Avera Marshall Regional Medical Center.

She was preceded in death by her grandparents, Orrin and Mary Reed, and Ralph and Mary Neisius.