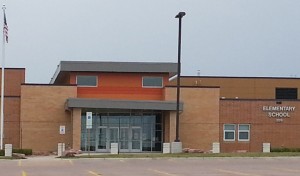 On Thursday, February 18, 2016, HB1182 failed to pass on a 46-27 vote with one absent; it needed a two-thirds majority to pass. The bill, which increases teacher’s pay along with other tax measures by increasing state sales tax by half a percent, was proposed by the Governor’s Office.

Dell Rapids School District Superintendent Dr. Summer Schultz told Big Sioux Media, “I would like to thank our legislators for their time and commitment to the state of South Dakota.  I want to remind them that I will not always agree with their decisions, but I appreciate the time they have given me to share information about Dell Rapids Public School.”

Opponents to HB1182 have stated there are other ways to fund teacher pay.  Schultz said that she is open to listening to those options, but said, “Look at school finances more carefully.  If there is a plan substantial and creditable, show administrators, teachers, and the public. Until than, move forward with 1182.”

She explained when opponents bring up the surplus in school districts they are not seeing the whole picture.  If using money from reserves is to fund increases in teacher pay, it is a one-year stopgap.

“Every school district needs to put together a Capital Outlay Plan for five years.  The money from the Capital Outlay is spent on textbooks, technology upgrades, and things like when a bus goes down and needs to be replaced.  If we take that money and use it for teacher pay, it affects those areas in the school district,” said Schultz.

Another proposal is to find money in the state budget. “I question what part of the Governor’s proposed budget will be cut to make this happen.  The current plan calls for an additional $65 million which is an approximate 6% cut from somewhere else,” Schultz said.

“The Blue Ribbon task force pointed out that there is a large discrepancy among states.  (In Dell Rapids) there have been candidates from other states that have looked in the area but it is hard for them to take that kind of pay decrease, so when competing for a teacher looking at positions between two neighboring states, it is difficult to compete pay wise.  We, Dell Rapids School District, continue to see the number of applicants decrease, and the fear is that the pool will continue to get lower,” added Schultz.

Schultz was very happy with the turnout of the reconsideration.  “I am elated for the teachers of Dell Rapids and all of South Dakota! This is a pivotal point in the session, and I’m hopeful the Senate will also move the bill through.  We will watch closely the Senate Bills that contain the meat of the formula and how it will all come together for SD districts,” she said.