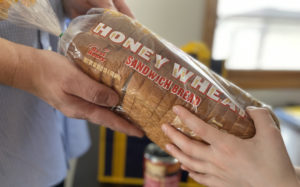 Last week President Trump announced changes to the SNAP (food stamp) program that would cut funding by 4.2B over the next 5 years. It’s an old story. The rationale by opponents to these programs perpetuate the notion that people on assistance are freeloaders. As a state legislator, I have heard this argument many times. So much that I admittedly dismissed the article and chose not to comment. That changed a couple days ago while I was substitute teaching in the 8th grade. A student came up to me and said his dad was happy that President Trump was cutting funding to programs for freeloaders living off the government. I simply looked at the young man and said, “When I was a couple years younger than you, I benefited from of one of those government programs. Do I look like a freeloader to you?” My response caught him off guard, but he did respond, no. I went on to explain to him there will always be people that take advantage of programs, poor and rich alike. But as human beings, we have an obligation to help those in society who are most vulnerable. It is also clear that more people need to be educated on how these programs work and who really benefits.

The Supplemental Nutrition Assistance Program (SNAP) is designed to limit hunger and the health consequences associated with malnutrition. President Trump’s proposed cuts will restrict states with higher unemployment levels, cap deductions for utility allowances and eliminate automatic enrollment. These changes will impact 3.7 million Americans. The administration says that these changes are aimed at able bodied workers in states with higher unemployment.

There are many reasons for high employment. Typically, it is caused by economic downturns, loss of an industry or a shift in the workforce and the lack of education to meet these needs. There are many unfilled jobs in this country, but there also is a lack of skilled workers to fill them. If you don’t have the financial resources for food, how can you afford the educational training to switch careers? If anything this problem requires more assistance from government and private industry to find a solution. This change targets approximately 755,000 workers. Cutting their SNAP benefits will only increase their food insecurity. It is estimated each individual that suffers from hunger sees an additional $2,000 annually in medical costs. These are medical costs that are passed down to the rest of us and is one of the factors that drives our high medical costs. Capping utility assistance will force millions of Americans to choose between housing and food, which leads to more food insecurity.

The final change in automatic enrollment is not meant to solve a problem, but to ignore it. Automatic enrollment allows a person to fill out their information once instead of multiple times for each assistance program. In government it is not a secret that the more difficult you make a process, the less likely people will participate. As a past president of our before and after school program, I saw this problem first hand. We had families that would experience hard times and fall behind on tuition. We offered reduced and free tuition to families in need. But in order to validate need, we needed verification from an assistance plan. Many families chose not to go through that process partly because it’s complicated and for others it’s quite embarrassing. Eventually, many chose to leave their kids at home alone. Applying for SNAP, Medicaid and other assistance programs is a lengthy paper-driven process. Automatic enrollment streamlines the process for both the applicant and the government agency. Meaning it actually reduces cost.

In South Dakota, almost half of the SNAP recipients are children. Others are elderly and disabled. Most of the “able bodied” adults must meet work requirements. Those that receive Temporary Assistance for Needy Families (TANF) also have work requirements and are limited to 48 months of benefits for an entire lifetime. Of the 5,877 recipients in October of this year, 5,376 are children. Those receiving Medicaid benefits in South Dakota share in the expense of generic and non-generic prescriptions, non-emergency visits, non-emergency dental services, inpatient hospital care and some medical equipment. Of the approximate 118,000 receiving Medicaid in South Dakota, nearly 81,000 are children. Unfortunately, 50% of children born in South Dakota will receive CHIP or Medicaid benefits during their first year of life. Only 12,750 are low income adults. The rest are pregnant women, elderly and people with disabilities.

All three of these programs have some kind of existing requirements of the recipient. Whether it is a work requirement or a minimum monetary obligation for medical services, these programs do not promote freeloading. In fact, South Dakota leads the nation in people working multiple jobs. It’s our low wages in South Dakota that leads to more dependency on social programs. The federal government covers the majority of our state’s Medicaid costs because South Dakota wages are so low.

If we want less reliance on these programs, we must reform the programs so people can work their way off assistance. Programs like SNAP and Medicaid use a poverty chart to determine whether or not you qualify for services. If you make $1 over, you lose your benefits. I had a single parent come into my business asking for help. She had been working part-time and was offered a full-time position by her employer. If she took the job, she would lose Medicaid coverage for her children and the new position didn’t pay enough to cover health care costs. Essentially, by taking this full-time position she would make less money. No parent should have to choose between bettering their economic situation and healthcare for their children. We need social programs that work on a step scale, so as you make more, you contribute more.

When we cut programs like SNAP, TANF, and Medicaid, the vast majority of beneficiaries are not “able bodied” people that are living off the system. Most of those that are “able bodied” adults are working or contributing to their services. The President’s proposed cuts will essentially take food out of the mouths of children and exacerbate the struggle of the working poor, the elderly, and people with disabilities. During this holiday season, many of us celebrate the birth of Jesus. Jesus tended to the poor and healed the sick. If we truly believe, then shouldn’t we be thankful for our blessings and share with those less fortunate? “Whoever oppresses the poor shows contempt for the Maker, but whoever is kind to the needy honors God” –Proverbs 14:31. Now who can argue with that?