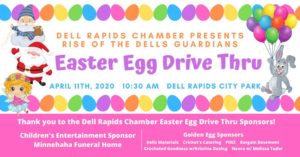 The Chamber has adjusted it’s Annual Easter Egg Hunt to a Drive Thru!
The Chamber Easter Egg Drive Thru will be held on Saturday, Aprill 11th at 10:30 AM and will be located along City Park Avenue. Community Members are welcome to attend within their own vehicles to drive along the designated map route and wave to their favorite Guardians and Superheroes. No pedestrian traffic will be allowed during the event to ensure the safety of our community members and volunteers. The Easter Bunny will have one helper who will distribute prepackaged goodie bags to vehicles in lieu of the egg hunt.

The theme of the event was inspired by the movie Rise of the Guardians, as the Chamber will need the help of our local “Guardians” and “Superheroes” to make this event possible.
VOLUNTEER!
If you know of an ADULT who has their own suit/costume and would like to volunteer, please have them call/text 605-595-8731 to sign up.
These Guardians and Superhero’s will line the City Park using Social Distancing Guidelines and their spot locations are marked by the red dots on the map. Guardians & Superheroes should not have any contact with attendees as attendees are to remain in their vehicles at all times while in the drive thru.
Volunteers may park on 3rd St or 4th St and walk to their designated red spot on map.
Thank you to our Sponsors:
Thank you to our current Volunteer list: 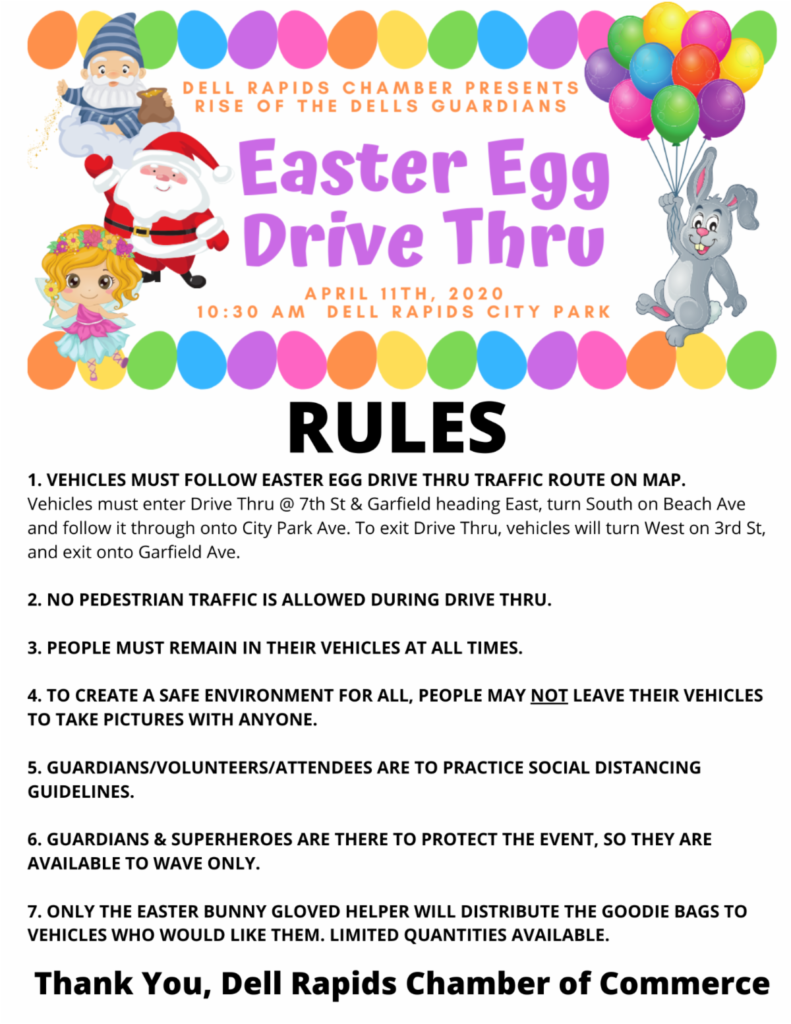 Despite having to postpone the event once and chilly temperatures during the hunt, the Dell Rapids Chamber of Commerce was able to held their annual Easter Egg hunt on Saturday, April 7th, at the Dell Rapids City Park.  The event was originally scheduled for Saturday, March 31st, but a snow storm forced the event to be rescheduled a week later.  The temperatures were chilly, but the sun was out and children of all ages were able to search for eggs before another snow storm hit the area the next day.

The event had three different age groups:  three-years-old and under, ages four to six, and seven-years-old and older.  The chamber filled nearly 6,500 eggs and placed them in three different areas of the park for the kids to find.  This year the Chamber of Commerce had two “Golden Egg” winners per age group.  The “Golden Eggs” were exchanged for prize packages including several prizes from local businesses throughout Dell Rapids.

The Dell Rapids City Park was filled with hundreds of kids for the annual Dell Rapids Chamber of Commerce Easter Egg Hunt on Saturday, April 8th.  The event was again broken into three different age groups:  three-years-old and under, ages four to six, and seven-years-old and older.  The eggs were hidden in three different areas of the city park for the kids to find.

Each of the age groups had a “Golden Egg” winner.  The Golden Egg was exchanged for a prize package including several prizes from local businesses donated by the Dell Rapids Chamber of Commerce.

The Dell Rapids Chamber of Commerce held their annual Easter Egg Hunt on Saturday, March 19th, at the Dell Rapids Elementary School.  This year’s event included new features.  From 7:00 a.m. – 10:00 a.m., Chris’s Cakes served a pancake and sausage breakfast in the elementary school commons area.  The Easter Egg Hunt then began at 10:30 a.m. with three different age groups:  3-years-old and under, ages four to six, and 7-years-old and older.  The eggs were hidden in three different areas of the elementary school grounds outside.

Along with the breakfast, the Easter Bunny also returned to the Chamber Easter Egg Hunt after being absent the past few years.  Children were able to meet the Easter Bunny and take pictures throughout the morning. 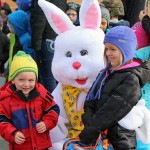 “We were very happy with the number of children that came out to the Easter Egg Hunt this year despite it being a little chilly outside.  We were also excited with the addition of the breakfast and Easter Bunny this year.  We would like to thank the Dell Rapids Elementary School for allowing us to hold the event here.  It was a wonderful place to have it,” said chamber treasurer Amber Larson.

Each of the age groups had a “Golden Egg” winner.  The Golden Egg was exchanged for a prize package including several prizes from local businesses donated by the Dell Rapids Chamber of Commerce. 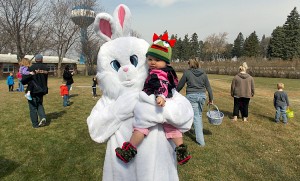 Dell Rapids Nursing and Rehab Center held it’s Easter Egg hunt on Saturday, April 19th.  The event started at 10:30 a.m.  The hunt was held for children ages eight and younger.  About 100 people showed up for the Easter Egg hunt, and the Easter Bunny made a visit as well. 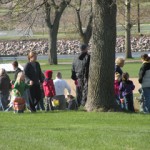 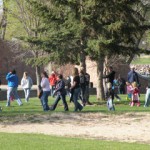 The annual Dell Rapids Chamber of Commerce Easter Egg Hunt will be Saturday (weather permitting).  This event, with hundreds of people attending each year, is a festive event  organized by the Chamber and continues to be a highlight for this holiday.  The weather is calling for temps in the mid-to-upper 50’s even though the early morning hunt may be closer to 50-degrees.  And the west/northwest winds may be gusting up to near 25 mph.  People are encouraged to be at the Dell Rapids City Park Band Shelter about 30-minutes early so when the clock strikes 10:00 am the hunt can begin.