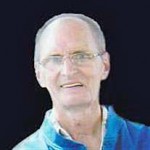 Duane Dean Burke was born on June 3, 1954 to Orval and Lillie Nora (Gelderman) Burke in Pipestone. While growing up, he spent a lot of his childhood staying with his Grandma Ruby, and eventually living on her farm near Ward, S.D. He was baptized in Elkton, S.D. and confirmed in Pipestone. He attended school in Pipestone and graduated in 1972 from Pipestone High School. Upon completion of his education, he pursued a degree in meat cutting from Minnesota West in Pipestone. His meat cutting skill took him to Arlington, S.D. for his job. Embedded in his blood and filling his life’s dream of farming, it called him back home.

He met and married Jeanne (Jenean) Nissen from Elkton on June 27, 1981. He continued farming until the agriculture business was in a crisis in the 1980s. He then went to work at Bayliner Marine in Pipestone. Working there and with farming still in his blood, seven years later he then began farming and milking cows. After getting out of milking, he had stock cows and ran a farrow-to-finish hog operation. On March 12, 2004, Duane was feeding cattle that morning and was caught in the feed wagon. He survived but the accident left him disabled. Two years later, he was diagnosed with kidney cancer. Doctors removed his right kidney, only to find out a year later it had metastasized to his bone. He received chemo and radiation for bone cancer. In the fall of 2013 he was diagnosed with bladder cancer. Refusing to give up he proceeded with chemo again. In March of 2015 he made the decision to quit his chemo regimen as chemo was no longer responding to the tumor in his bladder. On April 5 he went into home hospice.

He was a member of St. Paul Lutheran Church in Pipestone.

He is survived by his wife, Jeanne (Jenean) Burke, Pipestone; two daughters, Amy (Shane) Hammer, Dell Rapids, S.D. and Ashley (Mike) Jasper, Pipestone; one step-grandson; two granddaughters and one brother, Gary. He was preceded in death by his parents; maternal and paternal grandparents and his father-in-law, Vernon Nissen.