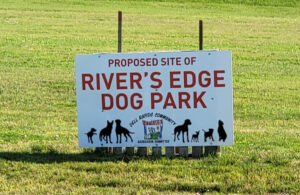 The Dell Rapids Community Recreation Committee’s (DRCRC) dog park project was selected as one of 30 finalists for the PetSafe “Bark for Your Park” grant contest at the beginning of August.  The Dell Rapids park was picked to compete for one of five $25,000 grants for a new park.  Throughout the month of August, the nationwide public could vote once a day for the project, and the top five projects in votes would receive a $25,000 grant.

After the month of voting, the Dell Rapids project finished seventh in voting, just under 2,900 votes behind the project that finished fifth.  The Dell Rapids Dog Park project received a total of 11,056 votes.

Even though the project missed out on the grant, the DRCRC is continuing to move forward with the dog park project, which would be located next to Rickeman Field.  The group will continue to do fundraising drives along with other ideas in the planning stages.

Donations can be made any time for the dog park project.  If you wish to donate, here are the ways to do so: