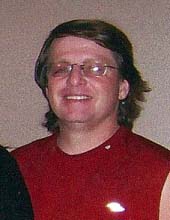 For the last 15 years, he has been a self-employed grain hauler. He enjoyed spending time with his family and friends, watching history, western, and car shows. He was an avid collector of antiques, spending time fixing up old cars, dressing as Santa, and bringing plenty of toys to all the kids.

He was preceded in death by his father-in-law, David Workman and his sister-in-law, Kristen Mattson.  Condolences may be left at www.koberfuneralhome.com