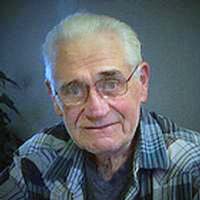 Dale Robert Svendsen, 72, of Dell Rapids, passed away on Friday, May 27, 2016 in Vermillion surrounded by his family. Mass of Christian Burial will begin at 10:30 AM Friday, June 3, 2016 at St. Mary Catholic Church in Dell Rapids. Burial will be in St. Mary Catholic Cemetery. Memorial visitation with the family present will be from 5:00 to 7:00 PM followed by a Wake Service at 7:00 PM Thursday, June 2, 2016 at Minnehaha Funeral Home in Dell Rapids. On-line condolences may be left at Minnehaha Funeral Home.

Dale was born July 10, 1943, in Sioux Falls to parents Robert and Gretta (Krier) Svendsen. He graduated from St. Mary High School in 1961 and went on to marry the love of his life, Mary Moran, on September 5, 1964. Dale and Mary made their home in the Dell Rapids and Trent area.

Dale’s life included service in the Air National Guard, helping on the family farm, working at Sioux Valley Electric, and hauling for Golden Sun Feed. He then started working at Klein Construction in Dell Rapids and retired after 26 years.

While living in Trent, Dale volunteered his time with the fire department and the local swimming pool. Besides his love of fishing, Dale loved to socialize and enjoyed adding to his Pabst Blue Ribbon memorabilia and his salt-n-pepper shaker collection.

He was preceded in death by his wife, Mary and his parents.