The South Dakota Baseball Hall of Fame will have its annual induction banquet in Dell Rapids at Old 77 Bar and Grille on Saturday, October 3rd.  The night will start with social hour beginning at 5:30.  Dinner will be served at 6:30 and the ceremony will follow. 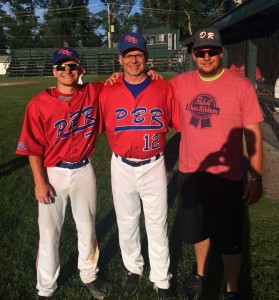 “Throughout the years I have been blessed being surrounded by so many talented players.  Now that I am in my twilight, I am learning to appreciate the successes more and more. I truly believe that the successes of PBR over the years was the result of everyone being unselfish and played hard for each other. No one wanted to let the teammates down. The camaraderie and relationships that have developed over the years is what I probably cherish the most. Besides competing, I take pride in being able to play with my two sons, Tanner and Jordan. I have been part of so many epic battles over the years in the state amateur tournament. I am very competitive and baseball feeds this drive. I have pitched against so many outstanding players that it is difficult to pinpoint any one game. Along with our wins, there were some crushing defeats as well,” said Solberg.

Mogen, a Mobridge, SD native, began his amateur career for Mobridge in 1982, a year after being named the South Dakota Class B American Legion Baseball Player of the Year.  After three years in Mobridge, Mogen played a year in Chamberlain in 1985. 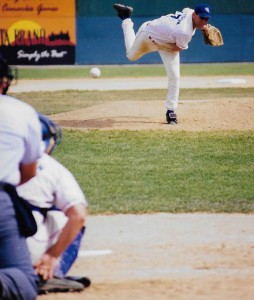 “Nine state championships with PBR have to be the greatest accomplishments. It was gratifying to be a competitive team for so many years and to be a part of the championships runs. I think this was accomplished because every member of the team had something to contribute to the run.  I have many great memories of playing in the district and state tournaments. We always competed hard and strove to get to the final weekend.  The time spent in the summer with my teammates was tremendous. I made a lot of friends through amateur baseball. I always enjoyed the competition and then the opportunity to be friends with my opponents when the game was over,” said Mogen.

All fans of baseball are welcome to attend this fun night of baseball stories, memories, and milestones.  Mike Henriksen will emcee the event.

Solberg stated, “It is humbling as I think back of all the years that I competed. My family, childhood friends, coaches, teammates have all influenced and helped me become the player I was. I still am playing and I don’t like to use ‘past tense’ verbs….obviously, I am honored to be selected and now become part of South Dakota amateur baseball history.”

“The quality of amateur baseball in South Dakota is high, so I am honored and humbled to be chosen as a member of the Hall of Fame,” added Mogen.