The Dell Rapids Boy Scout Troop 53 is collecting food again this year for the Dell Rapids Storehouse as part of the annual “Scouting for Food” food drive.

The boys hung door-hangers around Dell Rapids.  They will go around the community on Saturday, October 23rd between 9:00 a.m. and 12:00 p.m. to pick up food that is left on doorsteps.  They are accepting soups, cereals, canned fruit, canned meats, canned milk, pasta, rice, and canned vegetables.

Thank you for helping out our neighbors in need.

The Dell Rapids Boy Scouts Pack 53 held their annual Pinewood Derby race on Saturday, March 23rd, at the Dell Rapids Elementary School.  Den members spent the last few weeks creating their cars for the race.  Family members were also able to enter a race with the specially created cars, and the Girl Scouts were once again invited to build cars and race as part of the event on Saturday.

The top three Boy Scout place winners will advance to race their cars at the Scout-O-Rama in Sioux Falls. 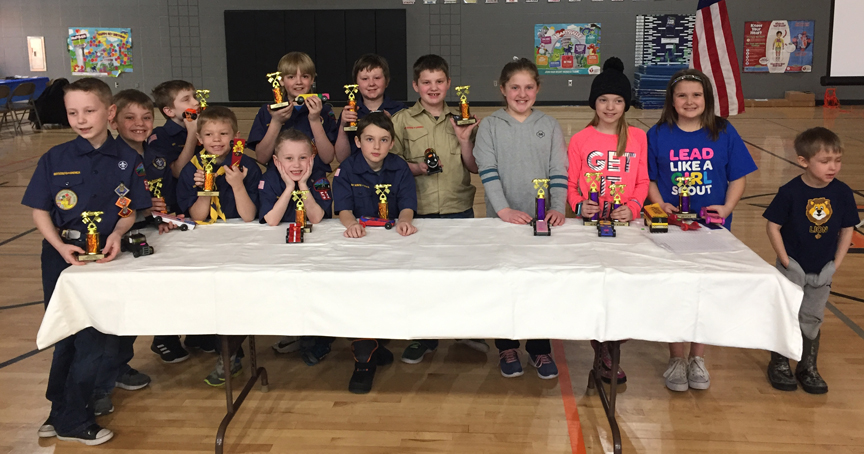