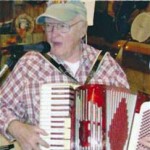 Donald “Don” Ralph Quincey was born on November 16, 1930 in Aberdeen, South Dakota. He grew up near White, South Dakota with his parents Ralph and Esther (Filholm) Quincey. He attended grade school in White and graduated from Brookings High School with the class of 1949. Following high school he enlisted into the United States Navy, spending time in Hawaii, the Philippines, Japan, and was on the USS Frontier during the Korean War. On April 24, 1955 he was united in marriage to LaVon Olson in Brookings, South Dakota and to this union two children were born, Rick and Kathy. In 1967, Don was united in marriage to Karen Sutherland and to this union one son was born, Scott. On September 15, 1994, Don was united in marriage to Blanche Watson at Christ the King Free Lutheran Church in Pipestone.

Throughout his life Don held several jobs including at Morrell’s Meat Packing in Sioux Falls, South Dakota, as a welder for a construction company out of Dell Rapids, South Dakota, and as the Postmaster in Trosky, Minnesota. From 1972 to 2008 he resided in Trosky, then moved to Pipestone for two years, and finally to Dell Rapids, where he was currently living. On Sunday, September 6, 2015, Don died at the Avera Dells Area Hospital in Dell Rapids at the age of 84 years, nine months, and 20 days.

Don was a member of Christ the King Free Lutheran Church in Pipestone. He loved playing the accordion and was the South Dakota State Champion. He enjoyed playing with his band, The Crazy Mountaineers, and with the South Dakota Old Time Fiddlers. In 2013, he was inducted into the South Dakota Country Music Hall of Fame. Don donated a large portion of his time driving around to many nursing homes to play accordion for the residents. His joyful playing will surely be missed!

Visitation will be Friday, September 11, from 10:00am-11:00am at Christ the King Free Lutheran Church, 804 8th Ave NE, Pipestone, MN. Don’s funeral service will be held at 11:00am. Condolences maybe left at www.hartquistfuneral.com.